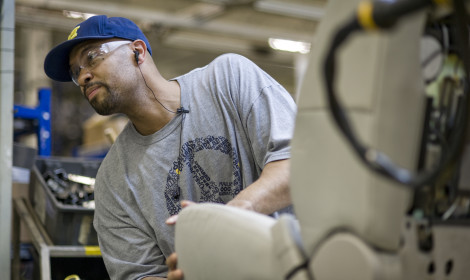 In many ways, 2017 proved to be both triumphant and bumpy for the nation’s largest black-owned businesses.

Several companies on this year’s BE 100s had robust revenue growth. Others struggled with increased competition, customer retention, and setting themselves apart from larger mainstream rivals. Most still possess resourcefulness, creativity, and other resilient qualities. As such, they have developed the rare entrepreneurial drive to succeed in an uncertain business climate.

There were significant shifts, however: Coca-Cola Beverages Florida L.L.C. became a new billion-dollar revenue addition to the Top 100 rankings. And on the BE BANKS list, OneUnited Bank edged out Carver Federal Savings as the nation’s largest African American banking institution.

To find out the firms that comprise this year’s BE 100s—America’s largest black businesses across industrial/service, automotive and financial services sectors—you will find our series of lists and summaries of their performance here. This article represents a series of reports on how the BE 100s have fared in each industry. Our Annual Report on Black Business begins with a review of the leading black-owned businesses among industrial and service firms.

The TOP 100 includes manufacturers and tech companies that are suppliers for some of the world’s largest companies. Black firms have been making tremendous strides to innovate due to the changing climate of globalization and technology, says Kenneth L. Harris, Ph.D., president and CEO of the National Business League Inc.

“The future has forced black manufacturers and logistics firms to aggressively innovate to meet global needs, as technology unlocks productivity gains, and businesses experience growth by diversifying into new areas of opportunity within the supply chain—all necessary to remain competitive in the marketplace,” Harris says.

Let’s take a look at how some of these companies fared in 2017 and what they are doing to sustain forward momentum.

For Southfield, Michigan-based Piston Group, revenues exceeded $1.7 billion in 2017 versus $1.625 billion in 2016. The gain came from continued organic growth and existing customers like Ford, which included providing the automaker electrification, says Amit Singhi, the company’s COO and CFO. Revenue also grew because of new business the company picked up from adding FCA US L.L.C. and non-domestic automakers like Toyota as customers. Plus the auto supplier benefitted from its acquisition of Irvin Automotive in 2016 from Takara Corp. to expand into engineering, design, and manufacturing. Singhi says growth this year will come from operations as well as acquisitions.

The company aims to collect new revenue this year from THOR Construction, JIT, and its land development, architectural design, and consulting businesses. Started in 1980, Thor Cos. plans to move into new headquarters in July, a $36 million office/retail building in north Minneapolis.

For Powers & Sons Construction, 2017 was rough. The Gary, Indiana-based company’s revenues fell to roughly $46 million, down 50% from around $92 million in 2016. CEO Mamon Powers Jr. said there were ample projects in the pipeline but a significant number of the larger ones were unable to start or had to be delayed due to issues such as a client’s inability to gain adequate financing.

The 2017 Black Enterprise Company of the Year, Powers & Sons celebrated its 50th-anniversary last year. Powers is optimistic revenues will be strong this year and in 2019, rising 20% to 25% annually. He expects the gains to come from new projects his firm will pick up at its offices in Indiana and Illinois, including work on the $350 million Obama Presidential Center in Chicago.

Check Out the Full List of 100 of the Nation’s Largest Black-Owned Businesses, The Black Enterprise 100, or “BE 100s” Here 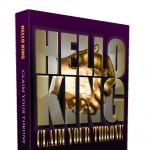 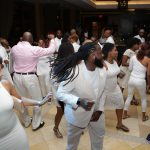