Laverne Cox Flattered She Was Mistaken For Beyoncé at the U.S. Open 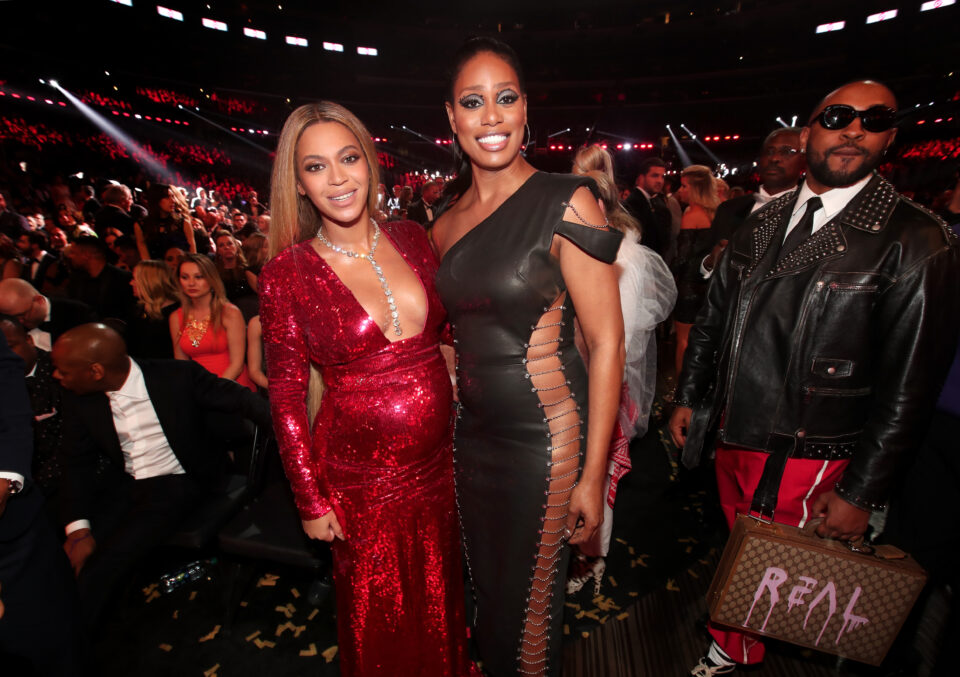 Beyoncé, Laverne Cox, and producer Mike Will Made-It at the Grammy Awards in 2017. (Photo: Christopher Polk/Getty Images for NARAS)

The stars came out to watch Serena Williams‘ first-round match at the U.S. Open. While Beyoncé is a close friend and admirer of the tennis champion, she wasn’t able to make it.

Actress Laverne Cox did attend and sported a face mask with her signature honey brown tresses flowing down her face. The Orange is the New Black star’s casual glam resulted in a case of “mistaken identity” with Beyoncé.

Cox took to Instagram on Tuesday to repost a tweet from one person who thought the actress was Queen Bey.

“Not me getting mistaken for @Beyonce at the #USOpen tonight then trending on Twitter as the internet cackles over the mistaken identity,” Cox captioned her post. “These tweets are funny as hell. Enjoy!!!”

Ironically enough, Cox had tapped into her inner Beyoncé while getting dressed for the U.S. Open. She shared a video showing herself getting glammed up to attend the hallowed summer sporting event and used Beyoncé’s “Pure/Honey” song to play over the clip.

A number of famous faces watched Serena’s first match at what will be her last U.S. Open.

It’s not surprising fans thought Beyoncé was in attendance. But she wasn’t. It was Laverne Cox….Ms. Honey!