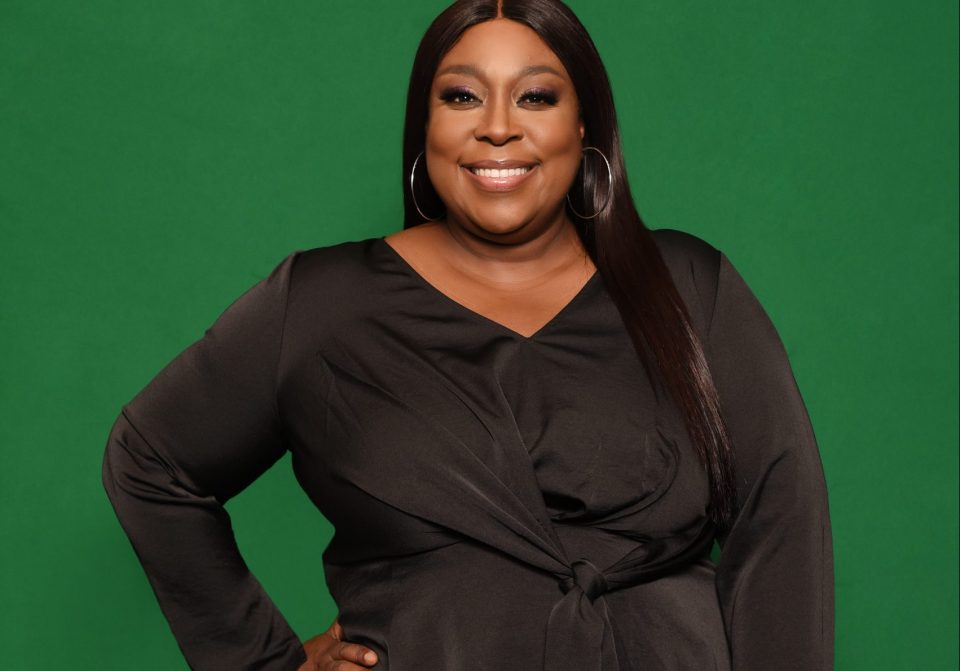 Loni Love is mastering the art of being herself—and it is paying off big for her professionally. As a talk show host and businesswoman, she is known for keeping it real and keeping a smile on others’ faces. During a recent conversation with BLACK ENTERPRISE on Instagram Live, Love spoke candidly about the business of being yourself and the importance of laughter as a medicine during these unprecedented times.

As a professional with more than two decades of experience as a comedian, Love’s journey before her career as a host on the Emmy Award-winning daytime talk show The Real prepared her for many of the experiences she is having now.

Love is someone who commands attention and respect through the simple act of being herself. And she says that comes from mastering the art of comedy. “I have to go back to the art of stand-up…You build up a certain type of confidence that is like, you know what, no matter what happens, I’m still gonna be me. And, this is what I’m going to do. So that’s where the confidence you see now, and it’s not cockiness. comes from,” said Love. “It took me a long time to embrace myself. But once I started doing it, this is what you see now.”

Loni Love on Being Yourself

Being her authentic self has opened and closed a number of doors but that has never got in her way. To that point, Love said, “You gotta be authentic, but you’re gonna have some bumps in the road because everybody doesn’t want you to be authentic.”

I Tried To Change So You Don’t Have To

Over the years Love has learned that it pays to be yourself beyond the dollars. In her new book entitled, I Tried to Change So You Don’t Have To: True Life Lessons, set to release next month, Love shares her journey from the projects to prime-time television.

“I always encourage everybody, especially people of color, to start documenting yourself. Journal, especially now we’re living in a pandemic, this is historic. This hasn’t happened for 100 years,” said Love.

“I’ve always kept diaries. And I put my stories together. I knew where I wanted to start. I grew up in projects with no money—and then I ended with I’m an Emmy winner. In between all of that is a lot of tragedies and a lot of hurt. People don’t know I was homeless at one point. At one point, I was married. At one point, I was dealing with who I was. The reason why I have my cover like this is because I tried to be different people to please other people. I tried to do comedy like a man—and that didn’t work.”

Love went on to share that she tried to fake it until she got to a point of arrival being someone else and it never worked. After many failed attempts, she realized that she couldn’t hide from herself and needed to rely on who she was being called to be.

“I was hiding who I really was because I thought that if I acted like all these people—and that what’s within the story—all of the people that I was trying to be—that people would accept me. In the end, I still wasn’t myself. And every time I tried to do something it would blow up in my face. And it just showed me that we have to learn to embrace our flaws,” said Love.

I Tried to Change So You Don’t Have To: True Life Lessons is a love letter to Love and others who need to be inspired and laugh as they do their work.

True to her roots, Love is committed to helping people get through to the pandemic with laughter as medicine. COVID-19 has pushed a lot of people into panic and others into creativity. Through her new series, #QuarantinewithLoni on Instagram, people all over the world are able to tune in and laugh out loud, participate in virtual talent shows for cash prizes, and take their minds off of their responsibilities for an hour.

“When you’re an entertainer you’re always entertaining; whether you’re on the road, on a stage, or on the movie screen. And, even at this time. It’s a pandemic. People need us. God gave us technology. See, if this had happened 20 years ago, we probably all would have been crazy.”

Love went on to say that social media platforms like Instagram and TikTok make it easier to stay connected and share information as we get through these times. By taking to Instagram, Love has been able to give back and create enjoyable spaces for others.

As the world gets through the pandemic one day at a time, Love hopes that people continue to find inspiration in the things that matter.