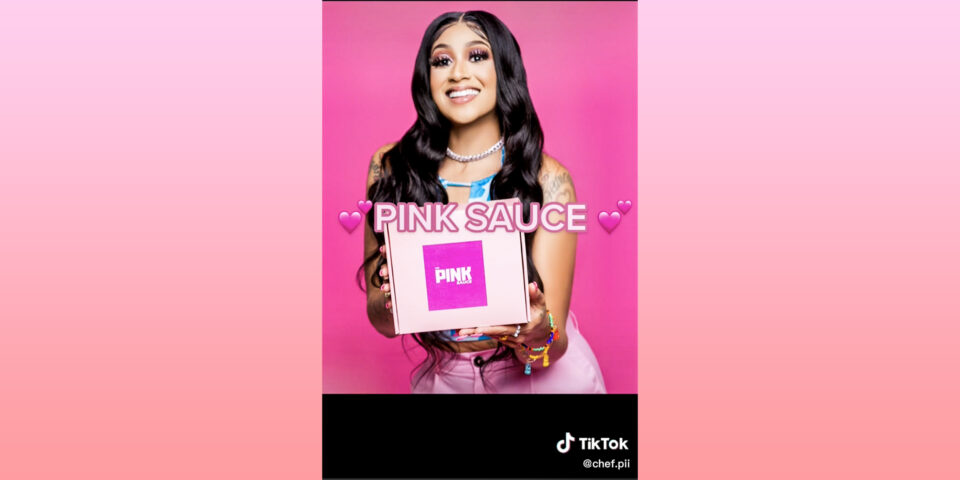 Chef Pii, the self-proclaimed flavor genie, is rising above the hate and celebrating a life-changing partnership.

Her notorious “pink sauce” which went viral and caught the ire of the internet, is on its way to retail shelves and beyond.

On Wednesday, Dave’s Gourmet, famed for its “Insanity” hot sauce, announced its new role in producing the sauce “on a commercial scale under the required food manufacturing guidelines,” according to a company press release.

“It’s our pleasure to reach out to a talented foodie who has not had any experience with commercial production of sauces, and, with our expertise and resources, help bring her Pink Sauce™ to the market, said Dave’s Gourmet’s President David Neuman, per the release.

A post shared by The Flavor Genie 🧞‍♀️✨ (@chef.pii)

The news comes about one month after the brightly colored sauce, which Chef Pii was selling for $20 a bottle, went viral across TikTok. At the time, many users and customers questioned the safety of the product by stirring up memes and insults.

“I’m a normal human being, and I woke up to a million insults,” she told the Washington Post. “The world is really curious about my creation. And they’re being malicious.”

Some raised concerns about the inconsistency of the sauce coloring across bottles, errors on the product’s nutritional label as well as its perishability and protection via ground shipping, BLACK ENTERPRISE previously reported. The chef has had to defend both her reputation and her product.

“I know the whole purpose and why I’m doing this, I have real supporters. So the good comes with the bad and I choose the good over the bad,” she said, per Vice. “Pink Sauce ain’t going nowhere.”

A post shared by The Flavor Genie 🧞‍♀️✨ (@chef.pii)

Now with Dave’s Gourmet, The Pink Sauce may be coming to a store near you. The Texas-based sauce company said in the press release that it switched out a few ingredients “to make the sauce less complicated, dairy-free, and clean of any preservatives, artificial colors, or flavors.”

“In less than a week, we nailed it!,” Neuman said, adding that “the public will end up receiving a shelf-stable version of the sensational sauce than Chef Pii envisioned in her Miami kitchen.”

He said that production is slated for the fall and the team is working tirelessly to meet the deadline.

He continued: “Look for the jaw-dropping Pink Sauce™ on various e-commerce platforms, in restaurants, and on major food retailers’ shelves soon. We are excited and striving to make The Pink Sauce™ a household name!”