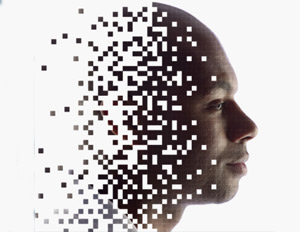 “Creativity and persistence is the new gangsta…â€

That quote from entrepreneur and networking master George Fraser defines the tech revolution that continues to course through African American entrepreneurial communities, from Silicon Valley to Detroit to Newark. In fact, this trend was evident last week with the unveiling of CNN’s Black in America 4: The New Promised Land – Silicon Valley, which highlighted a number of entrepreneurs BLACK ENTERPRISE has featured in our August cover story, “Geeked,â€ as well as articles and blogs on our Website. Across the nation, a series of screenings of that special placed a bright spotlight on a cadre of business visionaries as well as drove dialogue around African American participation in entrepreneurial development and STEM education. Such activity, in part, may help power further initiatives to transform urban centers into “21st Century innovation ecosystemsâ€–future hotbeds of start-up activity.

What’s needed to maintain forward momentum for the emerging digerati? You guessed it–capital. Financing continues to be elusive: Less than 1% of venture capital-backed companies have been Black-owned entities. But for those seeking to make connections with angels and VCs, one of the places to be last week was Newark. The invitation-only event–”A Gathering of Angels Urban Entrepreneurship Summit”–was organized by Rutgers Business School’s Center for Urban Entrepreneurship and Economic Development (CUEED) and The America21 Project, an outfit founded by a trio of tech innovators in their own right–A. Michael Green, Dr. Chad Womack and Jonathan Holifield. Green, a Huffington Post blogger and developer of digital education games, and Womack, a biotech entrepreneur and White House adviser, shared the idea for this innovation confab with me over lunch at the National Association of Black Journalists Conference in August. (Holifield, who helped create one of Ohio’s first IT-based high schools, and CUEED founding director dt ogilvie were also instrumental in its development.) They more than kept their promise of bring together heavyweight backers likeÂ  Timothy Reese, co-founder of the Minority Angel Investor Network; Terrence Hicks, VP of the investment group at Ben Franklin Technology Partners; William Crowder, a managing director with DreamIt Ventures and entrepreneurs such as BlackEnterprise.com blogger Hajj Flemings, founder of gokit.me, a personal branding strategy firm; Wayne Sutton, business advisor and creator of one of the industry’s leading blogs, SocialWayne.com; and Hank Williams, CEO of KloudCo, an early stage developer of a new data management platform.Â  Flemings, Sutton and Williams were all participants in the SiliconValley-based NewMe (New Media Entrepreneurship) Accelerator.