Managing Global Talent: Is a Remote Team Right For Your Business? 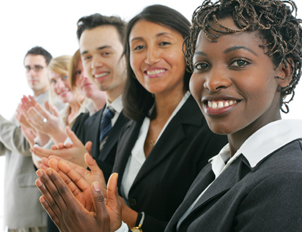 This article was written by Patrick Linton in and originally appeared on Business Collective.

In my role as co-founder and CEO atÂ a company that helps businesses attract and retain remote talent in emerging markets, I often get asked about the future of work. Specifically, people ask me about best practices for managing diverse remote talent bases and whether or not it’s a good thing to let employees work from home.

However, there is no perfect practice, because people around the world are motivated by different things. What people value is influenced by theirÂ culture,Â and companies should try to understand what motivates specific people to perform in order toÂ build systems, incentives and processes around it (if you’re interested, you can check out an interview I did on the subjectÂ here).

With the increase of online freelancers and more frequent telecommuting, it would be easy to make blanket statements saying that work-from-home just works. And it can, but only in the right context.Â While you may enjoyÂ working from home, I’d caution against generalizing based on your own preferences and backgroundÂ when dealing with a diverse, globalÂ workforce. When businesses look at their work-from-home policies, they should start by taking into account two major areas: cultural norms and infrastructure.

Consider Culture and Norms
When you dig into articles about working from home, the data shows that the benefits are not as black and white as you might expect, especially when you look through a global versus a local lens.Â AÂ 2011 pollÂ conducted for Reuters News byÂ global research company Ipsos showed that telecommuting is primarily taking place in emerging markets.Â They took a sample size of 11,383 online connected employees from 24 countries, and asked a range of questions about working from home. Those working in the Middle East and Africa (27 percent), Latin America (25 percent) and Asia-Pacific (24 percent) are considerably more likely than those in North America (9 percent) and Europe (9 percent) to telecommute “on a frequent basis.â€Â India, which had the highest percentage of frequentÂ telecommuting at 56 percent, also ranked highly on negative factors associated with working from home. India was the most likely country to strongly agree that not seeing colleagues face to face every day makes telecommuters feel socially isolated, and that telecommuting causes more family conflict. As well, they were the second most likely country to strongly agree thatÂ telecommuting damages chances for promotion.

But how do we interpret this? One response is to say that just because telecommuting is prevalent, doesn’t mean it’s good. Although I don’t believeÂ you can draw any hard conclusions from a poll like this, I think it raises questions that are often overlooked.Â Essentially, data explaining the effectiveness of working from home may be missing the point.Â The question we should be asking is whether the 56 percent of India’s workforce who works from home does so because they want to, or because they have no choice. Looking into the cultural reasons people in India may prefer not to work from home is important.

On the other side is developed and wealthy Japan, where people are less likely to take an offer to work from home.Â This may beÂ because in a Japanese work setting, workersÂ needÂ to go to the office to be successful, and unlike India, the infrastructure to physically get them there is in place.