Nationwide Mutual Insurance Adds Marc Howze to Its Board of Directors 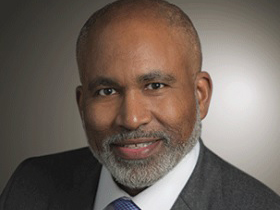 Nationwide Mutual Insurance Co., ranked No. 68 on the Fortune 500 list, is adding Marc Howze to its board of directors, effective immediately the company announced.

Howze, 55, is the senior vice president and chief administrative officer at John Deere, a role he was tapped to fill in November 2016 after the retirement of longtime group president Michael Mack. At his position, Howze oversees the publicly traded equipment manufacturer’s human resources, labor relations, government affairs, brand marketing, communications and security, as well as the John Deere Foundation.

Howze began his career at John Deere & Co. as an attorney in 2001; later serving as senior attorney, senior counsel, and manager in the business development and consumer equipment division.

He was promoted to corporate secretary and associate general counsel of the company in 2006. In 2008, Howze was assigned to Deere’s agricultural marketing group as marketing integration manager. A year later, he would be appointed factory manager of 335,000 square feet John Deere Turf Care in Fuquay-Varina, North Carolina, and later the Global Director of Cotton Harvesting Product Line where he was responsible for business with factories in the U.S., China, and Israel. Starting in 2012, Howze served as VP, Global Human Resources and Employee Communications.

Howze served as an artillery officer in the U.S. Army and in various capacities as a judge advocate, including assignments as Special Assistant United States Attorney and procurement attorney specializing in federal government contracts.

Sara Martinez Tucker, chair of the University of Texas System Board of Reagents that governs the university system and oversees each of its 14 institutions, will also be joining the board of Nationwide Insurance. 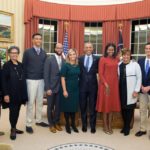