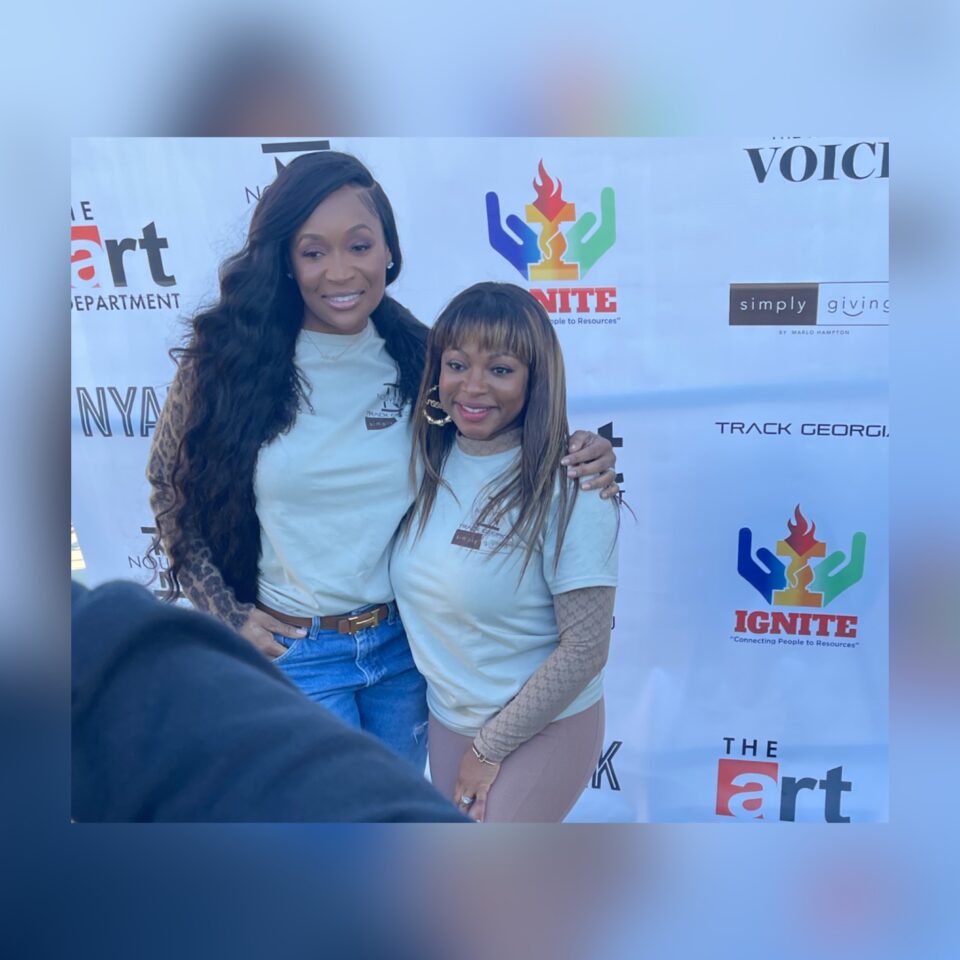 This was the restaurant’s second consecutive year hosting the event (the first was co-hosted with recording artist CeeLo Green). Along with turkeys, families received an assortment of items for a Thanksgiving Dinner, including macaroni and cheese, vegetables, juices, milk, desserts, and more.

“We are super excited to provide turkeys for Metro Atlanta families in need during the holidays,” says Co-Owner of Nouveau Bar & Grill Ebony Austin (who has also made headlines for gifting 50 families for the holidays last year). “This year’s event will be bigger and better than the last.”

Families were also eligible to receive gift cards and cash prizes to help with holiday shopping.

After his untimely death on Nov. 17, Memphis rapper Young Dolph’s family decided to move forward with his plans to give away turkeys.

Last week, friends and family gave out turkeys at St. James Missionary Baptist Church in Castalia Heights in the area where Dolph was raised.

“He had a big heart for the community he come from,” said Pastor Rodney Herron, according to WREG. “His death wasn’t in vain. He still giving hope in the community even though he gone. His legacy gonna continue with people he left memories in their hearts.”

Community members tell me Young Dolph was always generous to his Castalia Heights neighbors and would often give back to those in need. @ABC24Memphis pic.twitter.com/e5bSXuO09P