#MeToo One Year Later: Has Your Workplace Culture Changed? 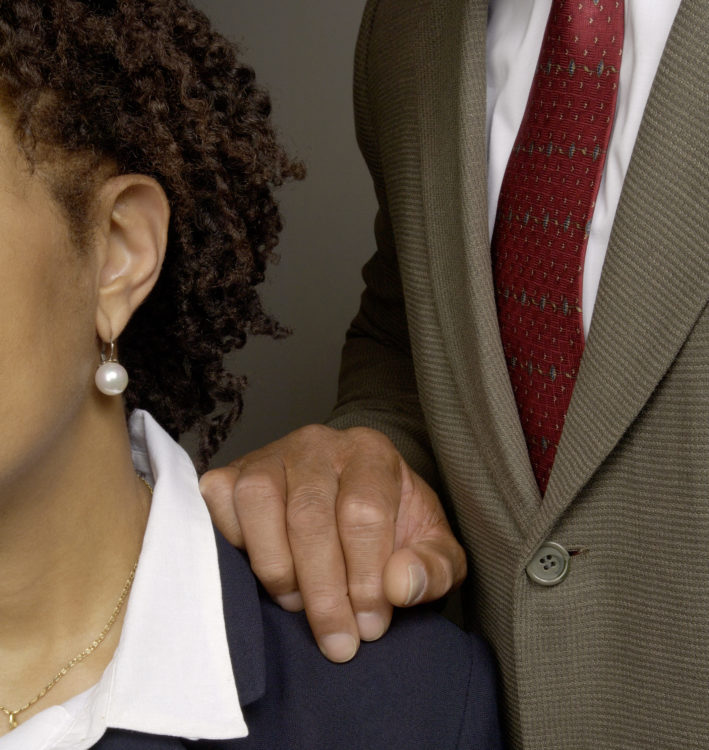 About 10 years ago, Tarana Burke launched the Me Too movement—an anti-sexual assault initiative launched to support survivors of sexual abuse, assault, and harassment. For a while, the movement quietly persisted  But in 2017, multiple sexual assault and harassment allegations against Hollywood producer Harvey Weinstein reignited the #MeToo movement and sparked chaos, conversation, and change across workplaces around the world.

To gain some insight into how the #MeToo movement has changed workplace culture, we interviewed Sarah Morgan, the senior human resources director for SafeStreetsUSA and founder of BuzzARooney L.L.C., a Human Resources Management, and leadership consulting company.

As an HR professional, how has #MeToo impacted workplace culture?

In a way that didn’t exist before, the #MeToo movement created more awareness about the spectrum of sexual harassment in the workplace. We used to think these incidents were uncommon and happened infrequently. #MeToo flipped these misconceptions on their head and showed sexual harassment as commonplace and rampant, which it’s been for a long time. I have yet to meet a woman who does not have at least one #MeToo story from their career, from early professional women to women nearing retirement. The #MeToo movement no longer allowed companies to pretend like sexual harassment were someone else’s problem that happened in an isolated vacuum. #MeToo let the world know that sexual harassment in the workplace happens to all of us in one form or another.

Because of #MeToo, many of my clients and colleagues have reached out to me for guidance on how to update their orientation and annual training for employees and managers. Men seem afraid of saying or doing something that will be misconstrued as harassment or discrimination. Women seem more hyper-aware as events occur and more willing to speak up than in the past. These are both good things. We cannot eradicate harassment and discrimination without awareness and active participation from men, especially those in positions of authority and influence, which equals power. We also need women who are both willing to come forward with the stories of their experiences and willing to believe and support other women who choose to speak up.

In my work environment, I ensured our workplace harassment training for both employees and managers were very comprehensive, so we didn’t have to change much of our current practices because of #MeToo.

Why might women be afraid to speak up about harassment at work?

Women are afraid to speak up because they do not think they’ll be believed, and they do not trust action will be taken to stop the issue and/or to protect them from retaliation after the issue is reported.

As much as HR tries to protect confidentiality, it is not uncommon for word to get out and become office gossip when a claim is filed. The same victim shaming that happens to women who are victims of sexual assault happens to women who are victims of sexual harassment in the workplace. What you wore and how you behaved and what you did/didn’t do and how you could have avoided or prevented the incident(s) all impact how you’re viewed and judged both by the company and by your peers. No woman wants to go through all of that just to keep getting a check at a job that’s only paying her $0.50 – 0.85 for every white male $1. Many women choose not to report and instead they just seek work elsewhere. Once they are out of the environment, only a fraction of women report the issue or file a lawsuit.

Can you explain HR’s role in handling employee harassment claims?

When an issue is brought to our attention, HR is responsible for conducting a thorough investigation to either substantiate or refute the claimant’s version of the events. During an investigation, HR will speak with and get written statements from witnesses, and review evidence, such as timesheets, emails, video and phone recordings, chat and text messages, social media messages, etc. After everything has been reviewed, HR will make recommendations for corrective action; this includes discipline up to termination and sometimes additional training for other employees who need remedial or refresher instruction. Corrective action may also include changes in schedule, supervisor, or work area to limit interactions between the parties going forward.

It is a difficult role to balance because what the complainant wants does not always match what is in the best interest of the company.

We have to balance the needs and rights of everyone involved, not just the complainant. Sometimes this means a form of corrective action other than termination for the person accused of harassment where the evidence or the severity of the issue does not support termination. HR often feels between a rock and hard place because of this.

Many HR professionals find we are unsupported by other members of management in our recommendations to have zero tolerance toward sexual harassment. I’ve been in this place at several times in my career; I can say it is awful to feel incapable of bringing some measure of justice to a person who already feels powerless. I am glad for the #MeToo movement because it makes companies think more critically about their decisions and the implications. #MeToo is forcing companies to live up to the values they espouse surrounding fairness and equity and inclusive workplaces that are free from harassment and bullying.

When we are focused on cultivating safe spaces where employees can be both creative and accountable, companies thrive and flourish and don’t fear the #MeToo movement as a threat to success.