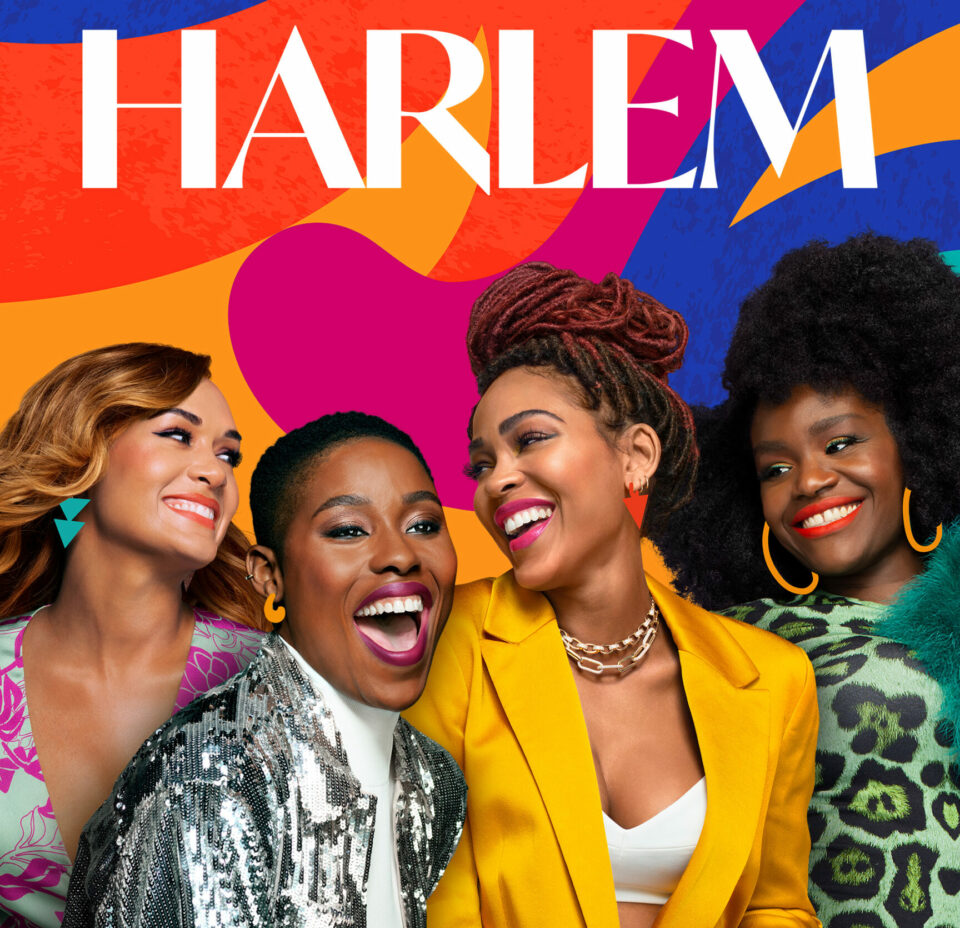 Harlem is a comedy that follows four ambitious 30-something-year-old single Black women as they balance their careers, ambitions, and love lives while living in Harlem, the mecca of Black American culture. The series also tackles real-life social issues including gentrification and racial tension. It was created, written, and executive produced by Tracy Oliver who wrote the wildly successful film Girls Trip, making history as the first African American woman to write a film that grossed over $100 million.

“Harlem is our generation’s Sex and the City,” actor Robert Ri’chard told BLACK ENTERPRISE at the series premiere, which was held at the AMC Magic Johnson Harlem 9 theater on Wednesday. “To have these four strong women leads who are best friends and trying to figure out dating and career and fashion and getting ahead in life, it’s outstanding,” said Ri’chard, who plays “Shawn” in the series. “Harlem is one of the most iconic places for renaissance in America, and I feel like it’s an honor to be part of this project,” he added.

Good stars in the new series as “Camille,” a quirky and career-focused adjunct professor who’s fighting to climb the ladder at Columbia University. However, her world is flipped upside down when she runs into her ex-boyfriend in Harlem.

“There’s no place in the world like Harlem,” said the 40-year-old actress. “You can literally walk out your door and see someone in a great fedora and a great outfit at like 6 a.m. walking their dog. There’s just a different energy and a different magic here,” she told BE. “We could not have shot this anywhere else.” She added that she’s also proud of the diversity and complexity of the characters. “They’re just not monolithic…you see yourself in every one of these characters.”

Other stars include Jerrie Johnson, who plays “Tye,” a successful, queer dating-app creator; Grace Byers who stars as “Quinn,” a hopeless romantic and trust-fund fashion designer who runs a struggling business; and Shoniqua Shandai as “Angie,” a sassy, sex-positive singer and actress. Additional recurring guest stars include Whoopi Goldberg as “Dr. Elise Pruitt,” Jasmine Guy as “Patricia,” Andrea Martin as “Robin,” Juani Feliz as “Isabela,” and Kate Rockwell as “Ana.”

“Harlem carries so much cultural history,” said Byers on the blue carpet. “It’s been so wonderful to walk the streets of Harlem, eat the food, [and] dip into the culture and art just to kind of feel some of the sacred steps that came before me.”

To celebrate the release of Harlem, Prime Video highlighted local Black-owned businesses like EDEN BodyWorks, Harlem Chocolate Factory, Mented Cosmetics, and Harlem Candle Company on December 3 and 4 at the historic Harlem Parish. The “Harlem Ever After” event featured Black female creators and entrepreneurs while celebrating sisterhood and paying homage to the historic neighborhood. It included colorful murals created by local artists Tiffany B Chanel, Marthalicia Matarrita, Marissa Molina, and Maria “TOOFLY” Castillo. Celebrity designer Kimberly Goldson also partnered with Harlem’s Fashion Row to curate a collection of designs inspired by the series and its characters.

According to Ukonwa Ojo, the chief marketing officer at Prime Video and Amazon Studios, this was a perfect opportunity for the tech giant to celebrate small businesses and their contributions to the rich cultural community.

“Harlem focuses on a group of ambitious women as they pursue their dreams,” she said in a statement. “In bringing this show to life through our marketing we thought, ‘What could be better than honoring many of the inspirational women entrepreneurs who built their businesses in Harlem, or are closely connected to the community?’ That’s how this exciting activation, featuring some amazing entrepreneurs and artists, as well as activities and conversations, came to be. And just like in the show, it’s not just all about business! We wanted to create a space that celebrates the heritage of the community and that lets residents, as well as those just a subway ride away, immerse themselves in a bit of culture and fun.”

Harlem is produced by Amazon Studios and Universal Television, a division of Universal Studio Group, in association with Paper Kite Productions. The series premiered on Amazon Prime on December 3, 2021. Watch the trailer below.