Meet The Black Developers Behind the $2 Billion Luxury Hotel Project Expected To Create 8,300 Jobs in L.A. 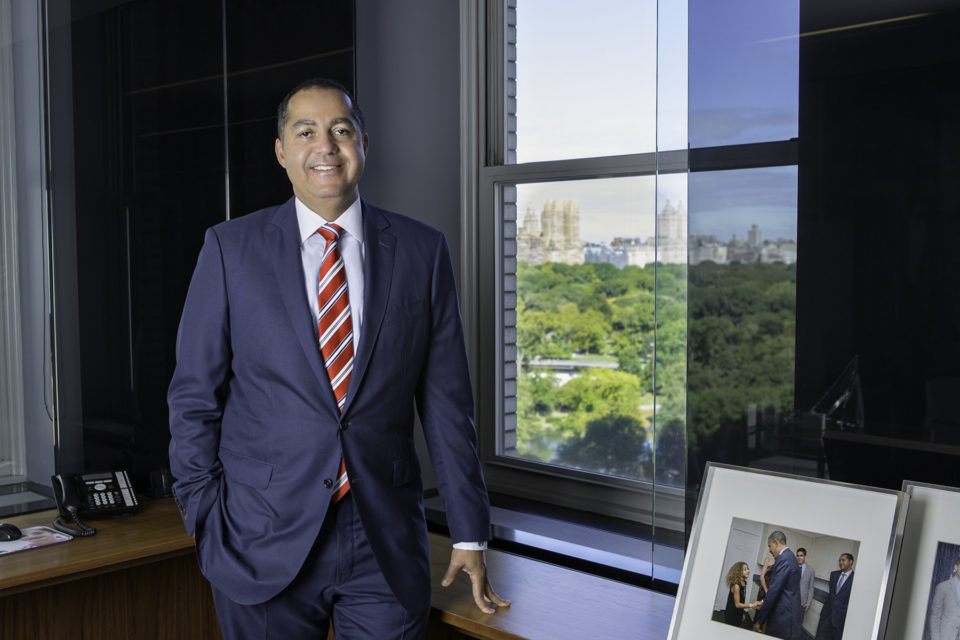 Two renowned Black developers are proceeding with plans on Angels Landing, a new $2 billion luxury hotel in downtown Los Angeles projected to be an economic boom for the nation’s second-largest city.

Angels Landing will include two towers, each anchored by five-star hotels, according to a news release. Plus, the development will feature an expansive modern urban park known as Angels Landing Plaza. It is geared to serve as a pedestrian-centered, transit-adjacent, open space environment downtown.

The project in LA’s Bunker Hill neighborhood is being developed by Victor MacFarlane of MacFarlane Partners and R. Donahue Peebles of The Peebles Corp. They are majority-owner principals of Angels Landing Partners L.L.C., which is conceiving, designing, building, and operating Angels Landing.

MacFarlane Partners and Peebles are BE 100s companies, an annual listing of the top Black-owned businesses in the nation.

Economically, more than 8,300 new jobs will be created during Angels Landing’s project design and construction, an analysis by BJH Advisors shows. The New York City-based firm’s report estimates that Angels Landing would additionally create over 800 permanent jobs in downtown LA. The analysis further reported an estimated 500 jobs would be created by vendors in the LA County region providing goods and services to the two luxury hotels.

Moreover, the analysis projects Angels Landing would give L.A.’s local economy a $1.6 billion boost and contribute $731 million to local worker’s earnings during its construction. And the project would bring an estimated $12 million in recurring tax revenues and $2.4 million annually in local property tax revenues.

Victor B. MacFarlane, chairman and CEO, MacFarlane Partners, commented on the project.

“The foundation of our business has always been to strengthen communities where we do business,” he stated. “We believe we can help communities prosper. We know Angels Landing will have a significant positive impact on L.A.’s economy. The ripple effect of Angels Landing’s substantial economic and employment activity will reverberate throughout L.A. County by providing good-paying union jobs to construct our hotel project and extensive career opportunities when the project is completed, and its hotels are open to the public. We have spent more than $10 million to move our project forward. We’re not letting the coronavirus pandemic slow us down. We anticipate our project entitlement this year.”

Peebles Corp. Chairman and CEO R. Donahue Peebles, stated, “Equity and inclusion are bedrock principles at the Peebles Corporation. My success is predicated on opportunities I received because of those two important tenets. I have built an impressive collection of commercial and residential projects in New York, Washington, D.C., Miami, and other U.S. cities.

“In each city, I’ve been most excited about using my influence to empower Black-owned, Latino-owned, and women-owned business leaders. My company works diligently to help minority-owned enterprises grow their businesses through procurement contracts established through our development projects.”

Peebles added, “With Angels Landing, the transformative impact of empowerment and economic inclusion will be felt by an array of businesses, including Latino- and Asian-owned businesses. We have committed to a goal of 30% M/WBE contracting across the board for our project. We’re raising the bar for economic inclusion for development projects in Los Angeles.”