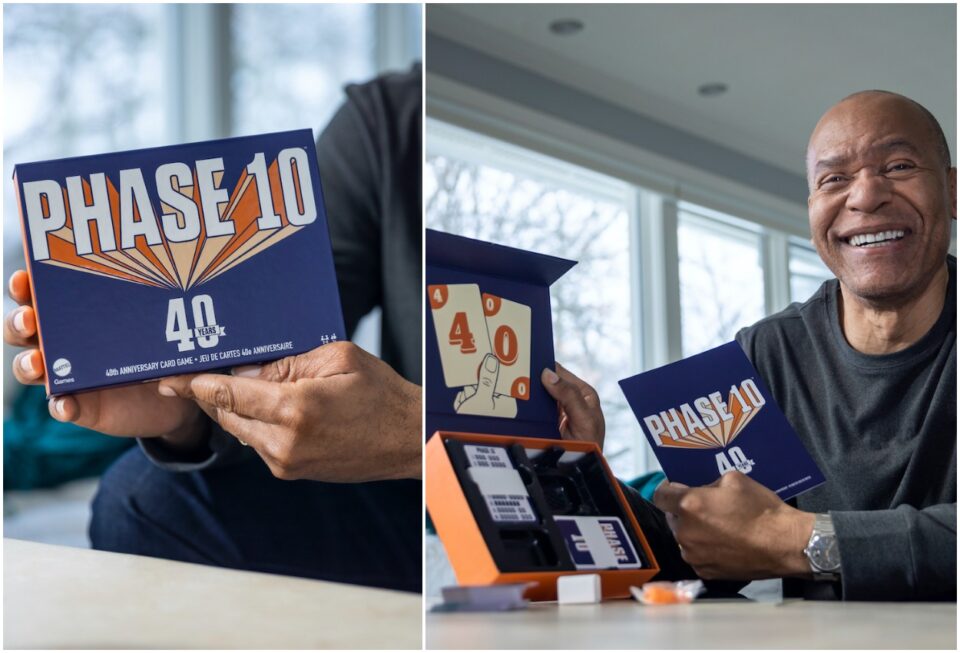 For years, Black Americans have reportedly created over 100 inventions that influence how we live, even today.

Inventions range from tasty potato chips and peanut butter, necessities like traffic lights that keep us safe, automatic clothes dryers for good hygiene, and lawnmowers to help get chores done.

Yet, one that you might not have heard of is Phase 10, a rummy-type card game created by Black inventor Ken Johnson.

Johnson is partnering with U.S. toy giant Mattel to salute the card game’s 40th anniversary this year. The game is offered in over 20 languages and sold in 30 countries. According to the company, Phase 10 is Mattel’s second-best-selling card game globally behind Uno.

Mattel is launching a special-edition box set of Phase 10 for the anniversary during Black History Month.

Johnson told BLACK ENTERPRISE, “Since inventing the game in 1982, it’s brought me so much joy to see how this game has become a multigenerational family tradition over the years, transcending languages and cultures to bring people together all over the world.”

The card game creator reflected on what it’s like to be a part of Black history.

“I am happy and grateful that my accomplishments serve as an inspiration and an example to other Black people. It is my hope that they will see my example and that of others and use it as fuel to build the confidence and determination they need to reach their goals, knowing that others have led the way.”

According to the New York Daily News, Mattel bought the Phase 10 licensing rights from Fundex in 2010. It’s reported over 2 million decks are sold worldwide annually. Amazon, the world’s largest online retailer, shows one pack could sell for around $9.40. This means the game alone can generate roughly $18.8 million in sales.

So how do Mattel and Phase 10 plan to reimagine the game after the jubilee?

“We’re always looking at ways to innovate the gameplay and create new experiences for fans. For example, the Phase 10 mobile app has been a hit with fans with over 200 million downloads and has served as a testing ground for new ways to play. We’ve also introduced a Phase 10 board game, and the 40th-anniversary commemorative edition is yet another way we are evolving and extending the game to remain accessible and relevant.”

When asked if there are new audiences Phase 10 hopes to target, Adler responded, “Phase 10 is a game for everyone—so we’re being intentional about creative ways to reach new fans, whether that’s reaching digital natives through our mobile app or shining a spotlight on the origin of Phase 10.”

Johnson, who is also an entrepreneur and author, offered some tips for other prospective Black gamers and entrepreneurs considering entering the entertainment industry.

“My advice for gamers and entrepreneurs is to test your prototype thoroughly—test it among friends and family, make sure people really enjoy it,” Johnson says.

“Then, really go for it and don’t hold yourself back or let anyone hold you back. You never know where your idea can go.”