Meet the Black Pilot Teaching Kids How To Fly 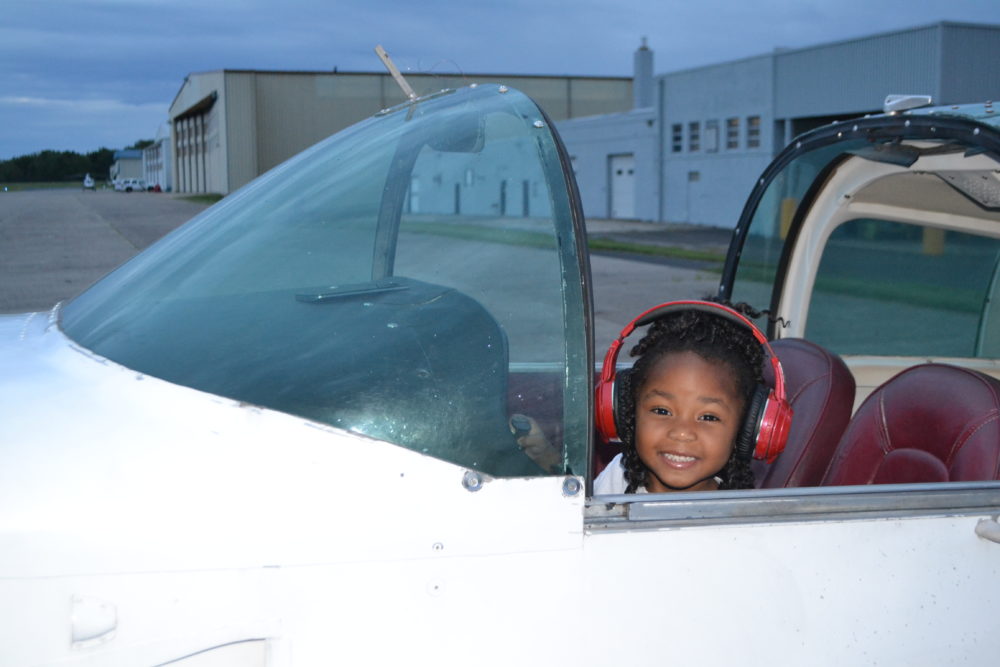 The fear of flying (aviophobia) keeps many people from experiencing traveling. According to the National Institute of Mental Health, about 6.5% of the U.S. population has a fear of flying and 25% have flight anxiety.

Raymond Smith, founder of R.E.P. (Redefining, Empowering, and Preparing) U NYC, a non-profit agency that provides free educational programming for underprivileged youth in the New York area, was one of those people until an unpredictable career move forced him to step out of his comfort zone and into an aircraft as an in-flight crew member for a major airline, and ultimately overcome his fear of flying. It also sparked his interest to get into the cockpit and learn how to fly.

“After getting over my fear of flying and seeing pilots at work, I thought to myself ‘I can do this!'” Smith said. “I asked some of the pilots what should my first steps to becoming a pilot be. They said go on a discovery flight and get used to being in a small airplane. I went on two discovery flights and the first time I was scared sh*tless. But through it all, I started the process of looking for flight schools to start training,” 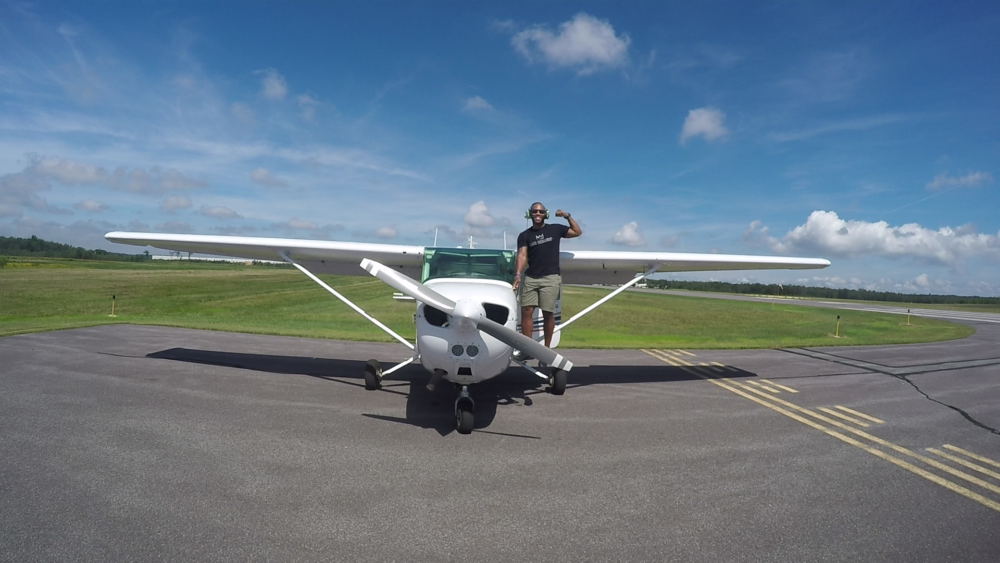 Ambition can help you overcome fear

Months later, Smith dedicated 105 hours in the Poconos, at Moyer Aviation, where he received his pilot’s certificate also known as a private pilot license.

His inspiration was to teach black and brown kids how to fly and overcome any fear of flying.

“Once I started flight school, I knew that once I got my instructors license that I was going to take kids on flights and teach lessons at some point. But the actual idea of a full-fledged flight program came from one of my fraternity brothers who said my idea was bigger than I originally imagined it. He heard about all the hurdles of flight school and how expensive it is and because of my passion I should be the one to start something to make it easier for kids who don’t have any type of access to this,” said Smith.

Ever since that conversation, he has been able to take 10 kids to new heights, and now Smith is fundraising in efforts to expand his programming.

“We are currently fundraising to buy an aircraft to offset our operating expenses to ensure that our flight program will remain free for kids. We are also selling sponsorship packages for organizations to sponsor flying hours for the youth.”

The commitment to take kids to new heights

Through social media marketing efforts, Smith has been able to garner support nationwide as the importance of creating unique opportunities for black and brown kids resonates with many.

“People in our communities often only go on a commercial flight a hand full of times. And very few think they can fly an airplane in their lifetime. Recreational flying is fun and it offers a different option than public transportation or driving. Flying on a bright sunny day is a euphoric feeling everyone should experience,” says Smith.

In addition to flying, Smith plans to continue to programming through R.E.P. U NYC and encourages black men to give back.

“Take time out of your day to show children the way. Often times we get caught up in lecturing about our experiences and pitfalls to avoid. As the age old adage goes ‘I’d rather see a sermon, than hear one any day’.”