This Black Woman CEO Mastered the Art of Succeeding Her Parents' Business at Electro Soft Inc. 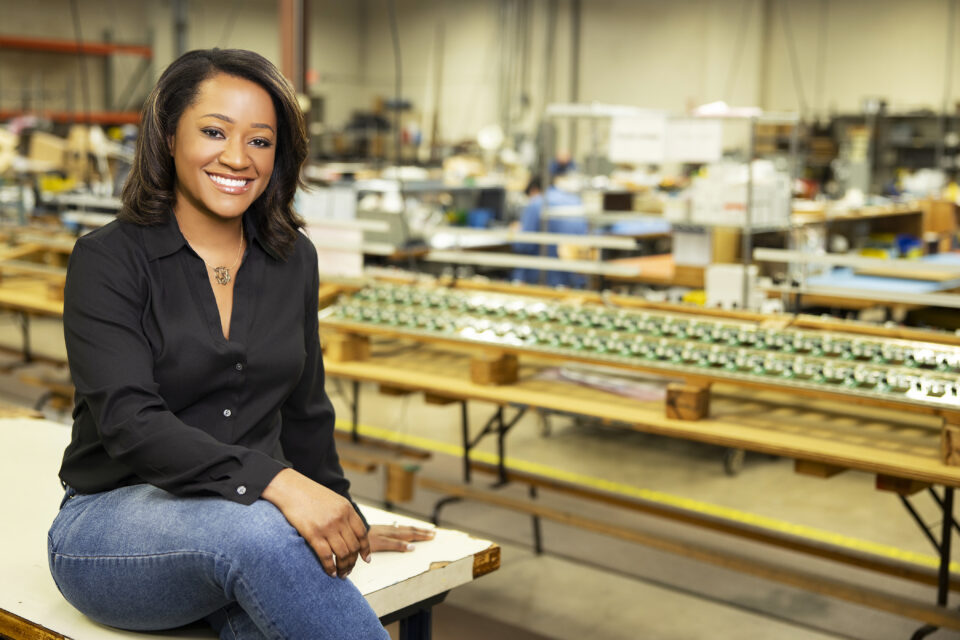 When Karla Trotman took over the family business in 2020, legacy drove her decision to do so.

She is the president and CEO of Electro Soft Inc., which calls itself the nation’s largest Black-owned electronics manufacturing and engineering firm. She says she cannot name one Black family business in electronics manufacturing, noting her firm is in spaces where Black people aren’t normally seen. She says customers lean on the firm’s experience and trust it as a valued part of their supply chain.

The business was started in 1986 by her parents, Jim and Sheila Wallace. She took it over 11 years after her father retired. She adds her parents built a company that allows their grandchildren to eat.

“That is a powerful legacy. I want to continue that through this business,” Trotman told black enterprise.

The grooming process started at an early age for the second-generation owner.  Trotman recalls spending summers as a child building electronics. A college break was used to learn task like quoting contracts, buying electronic components, and implementing new software to better manage the business.

She  worked in corporate America for about 10 years before joining the family business. She ran the Montgomeryville, Pa-based Electro Soft Inc., three years before the formal succession. During that time, she helped the business make its first acquisition in 2017, spurring new growth.

Trotman says the company is now busy but having a hard time finding skilled labor like other firms. Her future strategic growth plans include using technology to build relationships with new and potential clients. She is boosting marketing spending and integrated sales tools. She says the firm experienced annual revenue growth of 20% from 2017 through 2020 before COVID hit. She says revenue remains steady and the firm has not been forced to lay off workers due to the pandemic.

To help it expand, Trotman says the company is planning to invest $2 million to buy a large manufacturing facility in its area that it hopes to move into next year.

And with a business being the top asset for many small business owners, succession planning should rank as important as finding new customers or creating ways to keep growing. Such planning is especially vital  for small Black business owners in building generational wealth.

Trotman recommended Black entrepreneurs considering succession don’t do it by themselves, adding there are tax, legal, and sanity implications that you will not be able to account for.

She says working with a banker provided her business a cost-effective way to do the transfer. A lawyer helped pinpoint final contract details and provided a needed fresh set of governance documents. An accountant was a part of the entire transaction to ensure the right paperwork was filed, the business was tax-efficient, and to make certain money was not spent unnecessarily. She also hired an outside adviser with business succession expertise to help Electro Soft make the transition.

She also suggested current owners should start bringing the next generation into the succession conversations and decision-making process once a potential successor identified.

“Allow the next-gen to take the wheel on some big projects or deals without always asking for permission, she says. “Don’t expect perfection or for them to operate as you would, see what they bring to the table. You may be pleasantly surprised.”