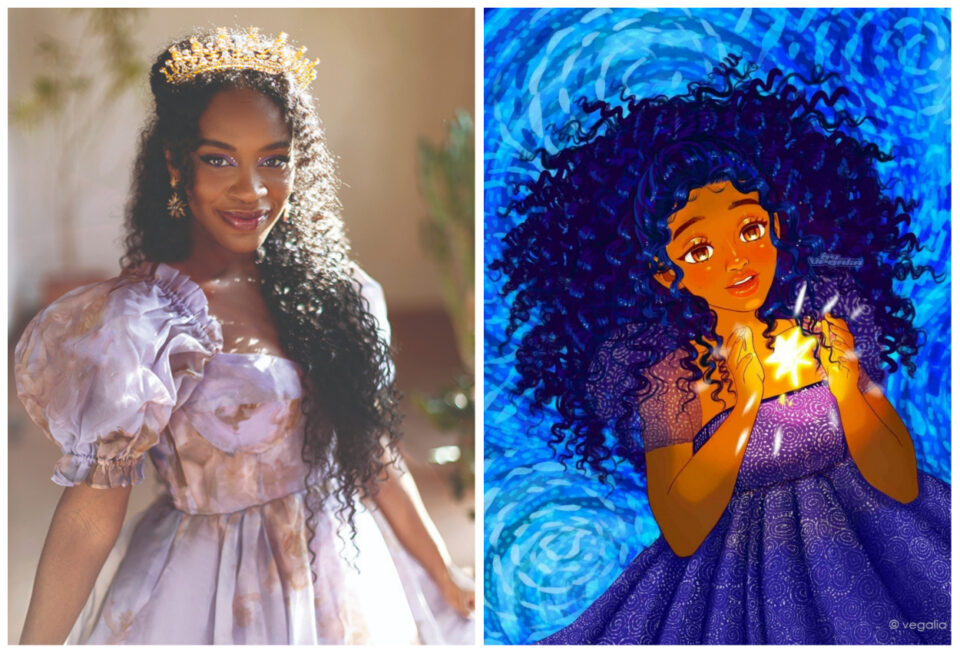 The 28-year-old created by Vegalia, a brand of one-of-a-kind tools for artists to design realistic Black hairstyles in digital artwork. Ranging in price from $8 to $20, she offers digital brushes for several natural hairstyles including curls, coils, braids, twists, locs on Clip Studio Paint, Photoshop, and Procreate.

Her journey to entrepreneurship was fueled by not only her passion for art but the low representation of Black characters in the shows she watched as a kid.

“I’ve grown up with cartoons and anime and everything,” Jean-Pierre told Allure. “There are not a lot of Black characters that accurately represent us. At first, I started to develop characters like that—that’s why I developed these brushes in the first place. I drew this character [and it] took three to four hours to draw her micro-braids.

A post shared by Vegalia • Queen of the Stars ✨ (@byvegalia)

The creation of her tools for Procreate and Photoshop started as a test project. She used research on different Black hair textures and drew inspiration from her family. Later, the process transcended into a massive blowup on TikTok. Her brushes for braids hit millions of views on the platform and made her a lot of money while working a full-time job. However, the demand for other textures and styles increased.

“I slowly began to build and build all the brushes to be even more inclusive for all those softwares and have over 50 different hair curl textures,” Jean-Pierre said.

“I’m sure I’ll have more in the future, but anywhere from animators to illustrators to do book covers to comic book artists, to people who are just hobbyist or really young beginners that just want to use it for fun or to practice how to draw curls,” she added.

Back in 2021, BLACK ENTERPRISE reported on Jean-Pierre’s reward of more than $50,000 from TikTok to fund the creation of an app. She participated in a three-month Black Creatives incubator program, where she was equipped with resources that helped to increase her TikTok following to over 500,000 followers at the time. She now has more than 600,000 followers.