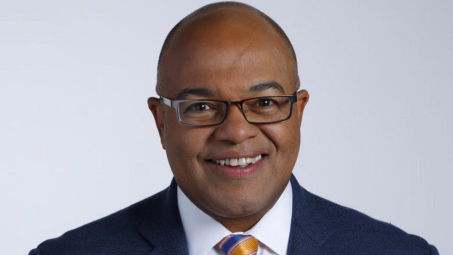 NBC’s prime-time Olympic sportscaster, Mike Tirico, who was originally scheduled to be in Beijing until Thursday, will be returning to the United States after the Monday night broadcast, according to the Associated Press.

The reason given by officials from the network was that Tirico’s schedule was prone to change based on COVID-19 and other factors.

He is expected to fly from China to the NBC Sports headquarters based in Stamford, Connecticut, to host the Olympic coverage for Wednesday and Thursday shows. He will then head to Los Angeles on Friday to anchor the broadcasts for the Olympics and through Sunday’s Super Bowl. Tirico will then head back to Stamford for the final week of Olympic coverage. The Games end Feb. 20.

Deadline reported the adjustment was believed to be staff-related. There are many on-air commentators and production personnel based in Connecticut covering the games remotely. NBC Sports had said earlier that Tirico’s schedule was subject to change.

Last week, during the coverage of the opening ceremonies, Tirico stated that China was “the nation where COVID began,” and he also discussed the challenges of coverage due to pandemic restrictions in the country. He also brought attention to the United States diplomatic boycott of the Games, which is being joined by other western countries. While speaking on the subject, he said the boycott was attributed to “citing China’s human rights record, and the U.S. government’s declaration that the Chinese communist party is guilty of committing genocide on the Uyghur Muslim population in that Western Xinjiang region. That is a charge that China denies.”

There is speculation that these comments may be part of “other factors” NBC behind Tirico’s early departure from China.