Minneapolis Police Have Used Neck Restraints in Over 200 Arrests Since 2015, Leaving Dozens Unconscious 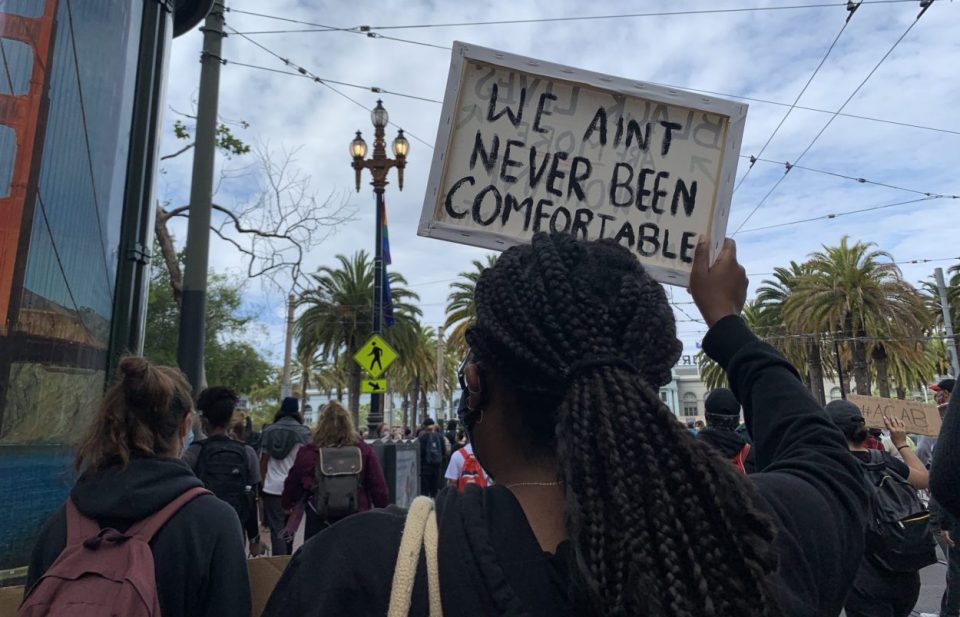 Protesters in San Francisco on May 31, 2020 in support of George Floyd (Image: Lydia T. Blanco)

According to an NBC News analysis of police records, Minneapolis police offers have a five-year history of using excessive force on hundreds of people, leaving 44 unconscious.

Since 2015, officers have rendered dozens of civilian’s unconscious using neck restraints. Meaning, the likelihood of the unfortunate case of George Floyd was bound to happen someday. As a result, people are beginning to question the legal and non-deadly ways to restrain someone.

A week after the death of Floyd, people are still searching for answers and protesting for justice to be brought expeditiously. While countless people have taken to the streets around the nation to advocate for black lives, others have begun to dig deeper into the Minneapolis Police Department.

NBC found that there was an unusually high use of excessive force. According to their research, Minneapolis police reported having used neck restraints over 237 times.

As it relates to the case of Floyd, “More than a dozen police officials and law enforcement experts told NBC News that the particular tactic Chauvin used — kneeling on a suspect’s neck — is neither taught nor sanctioned by any police agency. A Minneapolis city official told NBC News Chauvin’s tactic is not permitted by the Minneapolis Police Department. For most major police departments, variations of neck restraints, known as chokeholds, are highly restricted — if not banned outright.”

Minneapolis police records obtained by NBC also revealed, “Three-fifths of those subjected to neck restraints and then rendered unconscious were black. About 30 percent were white. Two were Native Americans. Almost all are male, and three-quarters were age 40 or under.”

While many police departments across the nation have moved away from using neck restraints while arresting people, Minneapolis officers have yet to follow suit. Ed Obayashi, an attorney and the deputy sheriff in Plumas County, California, serves as a national use-of-force expert and trains and advises police agencies.

In an interview with NBC, he shared that excessive force is bad business. “Any time you cut off someone’s airway or block blood flow to the brain, it can lead to serious injury or death as we have seen in so many of these tragedies. By using this tactic, it’s a self-fulfilling tragedy.”

As people seek justice for Floyd and others who have lost their lives, many are calling on officers to be retrained. Others are calling on departments with bad reputations to be defunded.