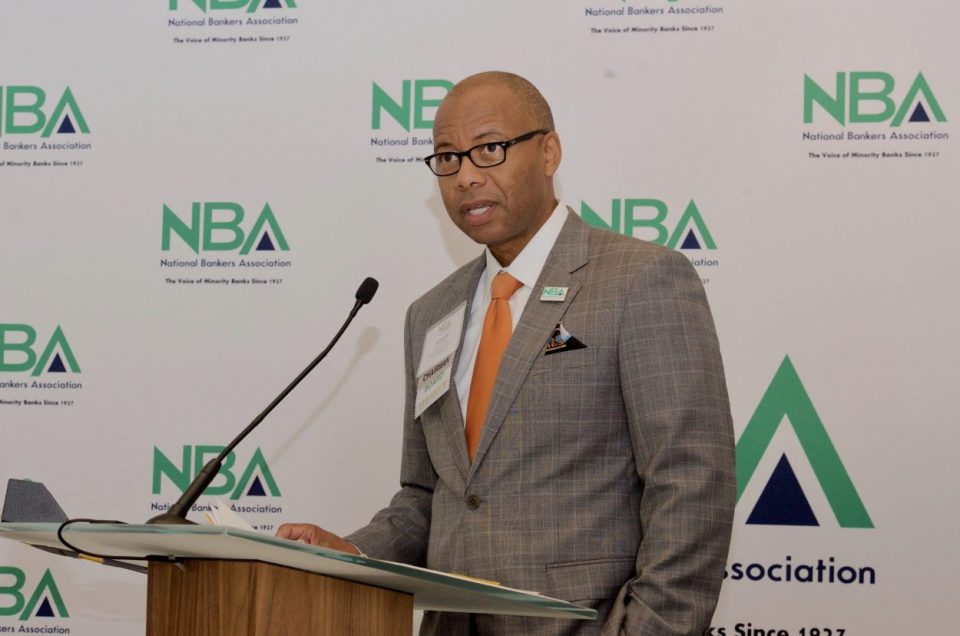 Kenneth Kelly, Chairman/CEO of the First Independence Bank and the National Bankers Association Board Chair (file)

Pumping fresh capital into areas where they operate, some 22 member banks that make up the National Bankers Association (NBA) have provided roughly $1.1 billion in Paycheck Protection Program (PPP) funding to Black, Hispanic, Asian, and other businesses.

Kenneth Kelly, the NBA’s board chair, says the funding was supplied during the first and second rounds of PPP, a federal loan program that was initiated in April from the CARES Act. Kelly says the average loan amount the banks distributed was $100,000.

The PPP is run by the Small Business Administration with backing from the U.S. Treasury to help small businesses. BLACK ENTERPRISE reported in early June the SBA approved over $510.5 billion in funding.  Then there was still over $100 billion in PPP funds to be lent by lenders to small businesses, including Black-owned businesses.

And now the NBA is taking fresh steps to help ensure minority banks and minority small businesses gain a large piece of capital if Congress issues a third round of PPP funding. Though that funding has not been determined yet, Kelly says the NBA’s proactive strategies will include heightening the awareness for minority businesses to apply for the program.

He says NBA plans to seek a similar amount to the recent $10 billion that the SBA and the Treasury carved out in PPP funding for Community Development Financial Institutions.  Kelly says that funding would be enough for the NBA to provide adequate loans to Black small businesses in their communities.

He added the NBA wants to get minorities more engaged in the political and policy processes to help gain more favorable outcomes that affect them. The PPP has been blasted for issuing funds to big public companies and more established businesses, and not providing a larger share of money to small businesses that gravely need the loans to survive the coronavirus pandemic.

Kelly became the NBA’s chair in October 2018 after being elected by peer CEOs of the trade group. In that role, he is an advocate for the nation’s minority banks and takes on many tasks. For instance, he was among those who testified last October at a hearing on “The Decline of Minority Depository Institutions and the Impact on Underserved Communities.” In April 2020, he helped the NBA form a partnership with the influential American Bankers Association to enhance the health and well-being of minority banks. He often talks with Treasury Secretary Steven Mnuchin, the SBA, as well as banking regulators such as the Federal Deposit Insurance Corp., Federal Reserve, and Office of the Comptroller of Currency.

A trade group calling itself the voice of minority banking, many of the NBA banks are ranked on the 2019 BE Banks list. The NBA bank list also includes Hispanic American, Asian American, and Native American banks in addition to Black banks, to expand its reach.

Plus, Kelly is chairman and CEO of Detroit-based First Independence Bank, which celebrated its 50th anniversary in May. He became the bank’s leader in 2017 after the death of his cousin Donald Davis, who bought the bank in 1980 and ran it for 34 years. An engineer by training, Kelly took over the bank’s reins after a 27-year career in the utility industry.

“It was an opportunity for me to really have an impact on the communities I care about,” Kelly says. First Independence ranked eighth with assets of $257.2 million on the 2019 BE Banks list of the nation’s largest black-owned banks. Kelly says the bank today has assets of around $300 million.

He says the bank is now adjusting its future growth strategy to become more of a digital bank. Kelly says the bank intends to partner with technology companies that could give it the infrastructure to synthetically offer more services to its growing and existing customer base. For instance, the aim is for First Independence to offer services remotely via smartphones or online. “The coronavirus is escalating the need to do more remote banking faster,” Kelly says.

The bank’s growth strategy will include taking extra steps to get more black residents who are unbanked or underbanked to become customers. A whopping 1 out of 5 or roughly 20% of African Americas in Detroit are unbanked. “From a consumer cost perspective, it’s much less expensive to be in the banking system than using alternative financial services that include money order and check cashing services,” Kelly says.

BE talked to Kelly about the NBA’s plans to help Black banks and lBack small businesses.

BE: What strategy does the NBA plan to apply if Congress approves another round of PPP funding to ensure member banks from your association get some of that funding?

Why did so many Black-owned businesses decide to opt-out of applying for PPP financing? Has the NBA developed special outreach efforts to increase Black enrollment in the program?

Our polling suggests that there are various reasons why businesses have not applied for this program. The NBA is working with Robert F. Smith, the billionaire chairman and CEO of Vista Equity Partners, to heighten the awareness of the PPP funding for minority businesses to apply. There also will be a host of celebrities supporting minority businesses applying for these programs.

What is the NBA doing to ensure that there is not a reduction of Black banks post-COVID as evidenced after other crises such as The Great Recession and 9/11? A few years ago, the #BankBlack movement brought more Black customers into banking institutions. Will the NBA develop a new campaign to attract customers?

The NBA is working with the leaders of the regulatory agencies today talking through issues that we are concerned about as we face this crisis. We are engaging with some of the larger banks about equity investment in our institutions to be sure that we are positioned to weather the storm. We are advocating to Congress the need for support of minority banks through the legislation that is in the House to ensure our banks are viable going forward.

Is there anything you would like to share about First Independence, how Black banks are dealing with COVID-19, or the NAB in terms of new developments?

We are in the midst of developing a national campaign to attract new customers that demonstrate how vital minority banks are to the communities they serve as proven during this crisis.