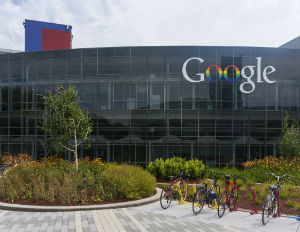 Google’s annual developer’s conference,Â Google I/O, kicks off today. An immersive, three-day conference of developers from all around the world, this conference is where Google announces new technology and holds a series of workshops and sessions.

The conference is typically attended by a mostly white and Asian male audience. However, Google released data on conference-goers, and some slight gains in diversifying Google I/O have been made. According to the data, 41% are white and 2% are black, which is not a significant change from last year’s conference. But, the number of Hispanics in attendance has increased since last year–up from 5% to 6%. The percentage of women in attendance has also steadily increased since 2013–from 8% to 23%. As of last year, Google began asking attendees to volunteer their racial and ethnic identity in order to better analyze the issue of diversity at its conference, reports USA Today.

The tech giant has made concerted efforts to push for diversity and inclusion not just for Google I/O, but among its workforce as well. Gender and racial gaps in its workforce still persist. As of numbers released last year, 2% of its U.S. workforce identify as black, 3% as Hispanic, and 18% as female.

After coming under criticism for the lack of diversity, Google has implemented a number of inclusion initiatives, including bringing on women in tech advocate, Natalie Villalobos, as head of Google’s Women Techmakers program. The company has since launched its #MadeWithCode project to get more girls interested in coding. Google has also been quite active in furthering social justice issues, recently awarding $3 million in grants to various activist organizations,Â including My Brother’s Keeper and the Equal Justice Initiative. Additionally, Google has been working with a number of HBCUs to canvass for African American engineers.

On the Google Diversity website, the company admits in regards to upping its diversity numbers that, “It’s going to take time to get there, but we’re on the road to increasing access to opportunity for everyone.â€ The company states it’s committed to “expanding ways it finds and hires Googlers,â€ ensuring that Google is a “fair and inclusive place to work,â€ and “bringing computer science education to more students, makers, and future Googlers.â€