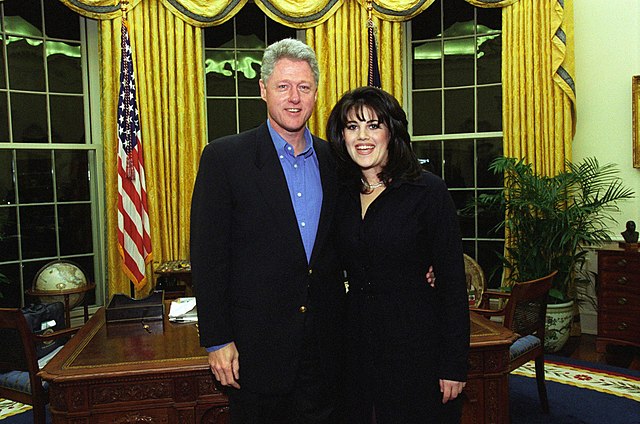 After learning about Beyoncé removing an ableist slur from her new Renaissance album, Monica Lewinsky decided to enter the chat and ask for a lyric change on Bey’s 2013 self-titled album.

On Beyoncé’s 2013 single “Partition” the acclaimed artist sang about a time she pleased her man so much that he, “Monica Lewinsky’d all on my gown.”

Now, speed up to 2022 when Beyoncé faced backlash for using the word “spazz” on the track “Energy” off her seventh solo studio album. The Grammy-winning singer decided to change the lyrics to remove the slur.

Once Lewinsky caught wind of the lyric change, she brought up her issue with Beyoncé referencing her nearly a decade ago. The ex-mistress of former President Bill Clinton subtly asked the singer to remove her mention, CNN reports.

“uhmm, while we’re at it… #Partition,” Lewinsky tweeted in response to a Variety article announcing the “Energy” lyric change.

uhmm, while we’re at it… #Partition

After posting the tweet, Lewinsky joined the ranks of Kelis and Diane Warren, who have come under fire from angry Beyoncé fans.

Lewinsky clapped back at one BeyHive member who told the 90s White House intern that Bey’s reference to her is the “only relevance” she’s had in recent years.

actually, it’s how i’ve learned to deal with painful or humiliating things… i find the humor. eg in my ted talk. https://t.co/7XyRM323PY

“In one breath you say you want everyone to forget about it, yet you’re the one who keeps bringing it up. Which is it?” asked another fan.

Lewinsky became a major talking point in the late 90s after her affair with Clinton was revealed. The then-22-year-old White House intern’s affair with the then-President ultimately led to Clinton’s impeachment in 1998.

In 2021, Lewinsky said, “what’s really important to remember in today’s world is that we never should have even gotten to a place where consent was a question.”

“So it was wholly inappropriate as the most powerful man, my boss, 49 years old. I was 22, literally just out of college,” she explained. “And I think that the power differentials there are something that I couldn’t ever fathom consequences at 22 that I understand obviously so differently at 48.”