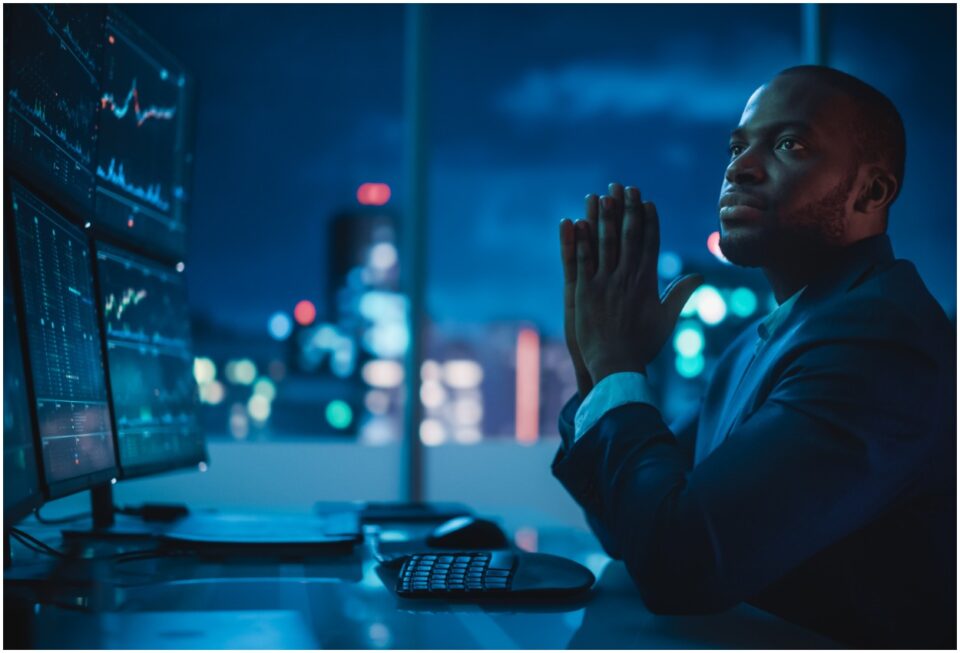 When it comes to investing, young Black Americans are taking a larger dive than their white counterparts into the emerging cryptocurrency space.

That was among the surprising findings in the 2022 Ariel-Schwab Black Investor Survey. Some 23% of Black Americans under 40 this year made their first plunge into investing by spending on higher risk investments.

“The popularity of those investments , particularly  among younger and first time Black investors, is striking,” per the release.

In a different report this past January, BLACK ENTERPRISE disclosed Black Americans own cryptocurrency over twice as much of white Americans. Many Blacks are among a growing number of investors, entrepreneurs, and artists latching onto the crypto and non-fungible tokens (NFTs) sectors.

Yet, analysts keep warning investors about the potentially high volatility that could occur with cryptocurrency and suggest that they do serious research before venturing into them. Contrarily, some investors are drawn to the digital currency due to the possibly high value they can bring in a short time. And though stocks, too, can be volatile, they have long record of being safe over the long term. Observers suggests that investors talk to a financial planner to try to gain an objective view of their long- and short-term investing goals.

Another telling Ariel-Schwab survey finding is that Black Americans are “less trusting of the stock market (30% versus 23%) and financial institutions (28% versus 18%) compared to white Americans. The survey reported, “this has led to many Black investors pulling out of the market.”

The Ariel-Schwab survey surmised that “more education is needed—especially among younger investors. A finding revealed, “Black investors are more likely to trust and make investment decisions based on less credible information sources, like social media.”

Some 33% of Black investors report they have invested based on something they saw on social media, versus 20% of white investors. And the disparity is greater among Black and white investors under 40 at 51% and 36%, respectively.

Chicago-based Ariel Investments is No. 1 on the latest BE Asset Managers list.

He told Bloomberg that could be risky if “Black investors sacrifice their financial goals.”

Mellody Hobson, co-CEO and president of Ariel Investments, said, “The confluence of low stock market participation, appetite for risky investment options, and alarming lack of knowledge about fundamental investing principles is a red flag about the critical need for greater investor education.”

Carrie Schwab-Pomerantz, president of Charles Schwab Foundation, added, “The survey shows a penchant for ‘get rich quick’ tactics, and if we don’t educate the next generation about the value of long-term investing, their financial prospects will be limited and it will be difficult for our industry to gain their trust.”

This year’s survey examined Black and white respondents with respective average household incomes of $99,000 and $106,000. The survey revealed that the longstanding investment gap between Black and White investors “narrowed.” Yet, it too showed that stock market participation is higher among younger Black Americans, with 68% of Blacks under 40 now investing, versus 57% of younger white investors.

Check out more details on the survey here.