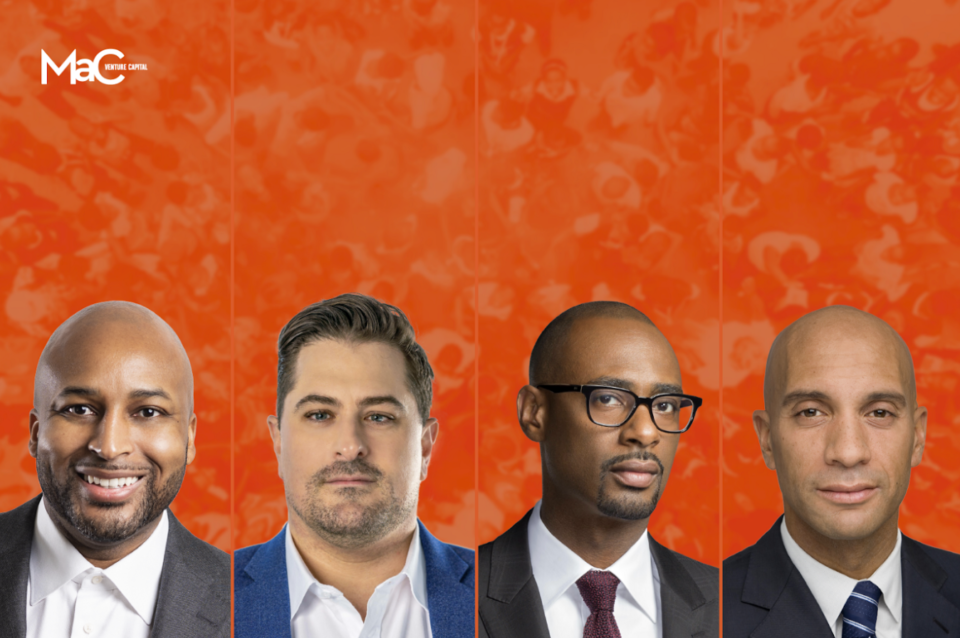 Collecting almost double than its first seed-stage fund, the second fund for MaC Venture Capital raised $203 million that will greatly help boost its capacity to grow.

The  MaC VC Fund II just closed after $110 million was attained in Fund I in March 2021. The event is trailblazing for the firm that calls Los Angeles and Silicon Valley its headquarters on several fronts.

Managing general partner Adrian Fenty says it is extremely important that a majority Black-led venture capital firm raised more than $200 million for one fund because it helps achieve diversity and brings more people into the venture capital world.

With the new funding, Fenty’s firm will have over $412 million in assets under management, he tells BLACK ENTERPRISE via email. The firm claims the financing will make it one of the nation’s largest majority Black-owned venture capital funds.

“This puts us in a great position to continue making impactful investments, help our companies grow, and for MaC VC to be a leading seed venture capital fund for years to come,” Fenty says.

Bringing in almost $100 million in new investors for Fund II allows the firm to take bigger ownership percentages in companies, he adds. “Having this $203 million fund from existing and new LPs (limited partners) is affirmation that the type of deals we invest in and work we’ve been doing is what professional investors want to put their money into,” Festy explains.

MaC Venture Capital emerged in 2019 after the merger between Cross Culture Ventures and M Ventures.

Since 2019,  the firm has invested in 50 companies, with top performers including Pipe, Edge Delta, Stoke, Zigazoo, Epsilon3, and Spartan Radar. Before forming MaC, its four founders had invested in over 135 companies.

“We’re supporting the next generation of companies, like Spora Health and Avala, who are bridging gaps in access and opportunities, and our Investors are trusting in our cultural investment framework which guides our investment strategies,” Fenty says.

Fenty says the firm invests in technology startups leveraging shifts in cultural trends and behaviors. He added it seeks to work with ambitious founders who want to build billion-dollar companies. The new funding will be invested in a range of sectors, including health tech,  fintech, Web3, and aerospace.

Managing general partner Marlon Nichols shared most of MaC’s investments are in the United States, notably in California, New York, Washington, and Texas. The firm has a number of international investments,  particularly in Latin America and Africa. Like Fund I, Fenty says MaC plans to invest in 45 to 50 companies with the new fund.

However, with Fund II, he says the goal was to raise $200 million so the firm could write bigger checks, have bigger ownership percentages, and take bigger stakes. This time the firm expects the average check size to range from $2 million to $3 million, up from $1 million to $1.5 million in Fund I.

And MaC has made diversity a vital part of an investment strategy. It reports 36% of portfolio companies are led by women founders, and 69% have BIPOC founders. The firm disclosed over $99 million has been invested across its portfolio since the two funds were launched. The investment is needed. Reports show data from Crunchbase gathered for Reuters revealed startups with a Black or Hispanic founder got just 3.5% of the banner $311 billion U.S. venture funding in 2021, up from an average 2.5% the prior five years.

To boot, MaC reports over 50% of its investment team is Black and 25% women.

General partner Michael Palank said, “MaC Venture Capital understands establishing diversity in leadership is not only the right thing to do, it’s the most strategic investment strategy, too.”

Check out more details on the MaC news here.