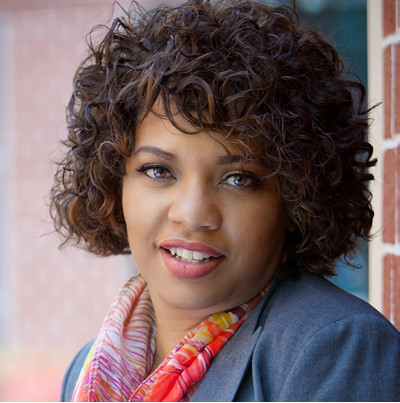 Seasoned entrepreneur Angela Reddix had to make some tough choices after ARDX, her multimillion-dollar management and IT consulting firm, was hammered recently by a big setback.

Creating new ways to bounce back after cutback in big contract

The Norfolk, Virginia-based company Reddix started in 2006 faced its greatest challenge ever in January after a significant cut in its largest contract after the Trump administration reduced funding for the Affordable Care Act (ACA). With nearly a 60% cut in that budget, Reddix says she and her firm were forced to find new ways to cover the shortfall.

The cut back also hurt because the federal government is ARDX’s biggest customer, says Reddix, ADRX’s founder, CEO, and president.  The business makes money and receives contracts by providing services to agencies like U.S. Department of Health and Human Services and the U.S. Department of Treasury. Since it was started, ADRX has been awarded more than $117 million in contracts with federal agencies. Reddix attributes that business to her firm receiving an excellent customer satisfaction rating consistently over the years from those agencies.

Industry analysts have been keeping an eye on how the Trump administration—with its goals and promises to overturn much of the legislation and executive orders of the Obama administration—will affect small businesses that rely on government contracts. As per a blog post by Wiley Rein L.L.P., a Washington D.C.-based law firm:

If anything is certain at this point, it is that President Trump will be unpredictable and unafraid to challenge the conventional notions of how government should work. Government contractors should pay close attention to the actions of his administration, even in areas that do not directly implicate government contracting, to ensure that their interests are protected and that they can take advantage of procurement opportunities under the Trump administration.

ADRX offers the government services ranging from data management systems to communications systems to help their end users comply with healthcare regulations. With offices in Norfolk and Baltimore, the firm has grown substantially. It had 2017 revenues of roughly $15 million, up from just under $500,000 in 2007. It currently employs over 125 people, up from about 15 in 2008.

Lessons learned and creating a new blueprint for business

Reddix has learned some business lessons from the setback, prompting her to develop a new blueprint for her company. And she encourages other black business owners to not let misfortune stop them from growing.

“It is important that business leaders continue to be innovative and enhance their brand without losing the core of who they are,” she says. “Those special qualities are what make them unique.”

For her part, Reddix does not plan to cut any jobs to deal with the federal government ax. Instead, she is executing new top-level strategies to help ADRX overcome funding obstacles. They include:

Reddix says the new strategies will allow the company to increase operational excellence and decrease expenses. “Those actions will lay the foundation for our future growth,” she says.