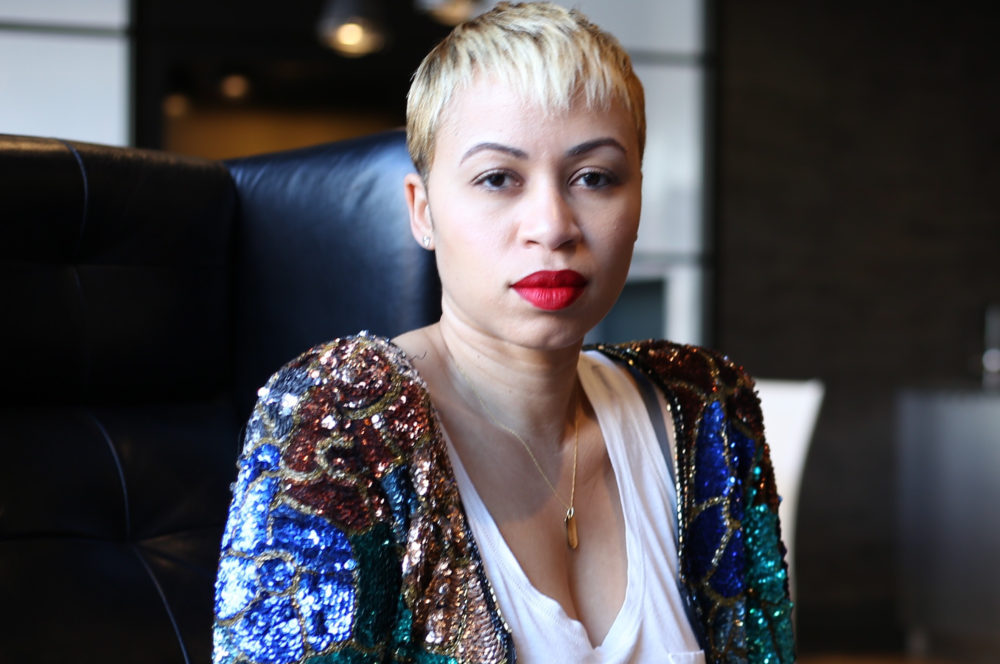 “Have you noticed that we are no longer living in a world where ambitious people settle for a life of meeting expectations imposed by society,” asked Ahyiana Angel, host of the Switch Pivot or Quit Podcast?  “The attitude of generations past is gone, if we want it, we go out and get it.”

Black Enterprise linked up with Angel to talk about her career transition, her new book, why she thinks it’s so important to take the leap of faith, and how, through her podcast, she is documenting other women who are doing the same.

Why did you leave your first profession as an entertainment publicist?

I quit my life as a sports entertainment publicist with one of the premier sports leagues, the NBA and ultimately became the host of the Switch, Pivot or Quit podcast because I was fed up with not feeling fulfilled like I wasn’t living my purpose. The Switch, Pivot or Quit podcast is the #1 podcast for women’s empowerment in the San Francisco Bay Area and I would love your consideration for a feature with Black Enterprise.

At the NBA I had a front row seat to all things spectacular in entertainment, I managed everything from red carpets at the NBA All Star Games to exclusive shoots with Jimmy Kimmel Live during the Playoffs. But somewhere in between, I started to wonder, “What’s next?”

What happened after you quit?

After eventually quitting, I was determined to get my first manuscript published. With no prior publishing experience, I bet on myself and won. Within four months I had a deal in hand with Simon & Schuster to publish my debut novel. After making a split decision, I drug all of my belongings down to the stoop of my third-floor walk-up building in Harlem and set them outside for what I called a stoop sale. Liquidating all of my mediocre assets helped to supplement the money that I needed to buy a one-way ticket to London. Exactly eleven months later my first novel was released nationwide and I’d had the experience of a lifetime living in hostels, rooming with complete strangers in shady council housing flats, getting lost among the canals of Venice and trying to avoid capture by the Royal Palace guards in Morocco. That was the start of my journey to a drastically different life, my own Switch, Pivot or Quit!

Leaving my old life behind opened up a world of opportunity and I wanted to let other women know that they could do it too! They could get real with themselves about what they truly wanted, work hard and achieve it.

I created the Switch, Pivot or Quit podcast after realizing a need for sharing the stories and having the conversations that will help women who need that Lifestyle Plot Twist to feel encouraged knowing that they’re not alone. I envisioned a space that could encompass everything that I would have wanted to know or needed to know when deciding what was next for my life: Switch, Pivot or Quit!

Where did you find the courage to up and leave all that you had going on?

It was a combination of two things: having started the process of learning and understanding myself as well as consulting with my parents. I had already been doing plenty of personal development work to determine what I truly wanted out of life and what would make me feel fulfilled. It was a process of digging deep, answering questions I’d never answered before, identifying my values, and getting real with myself, accountable.

After I’d identified what I wanted my next steps in my life/career to be I went to my parents and ran it by them, they were overwhelmingly supportive. They had a tremendous amount of confidence in me, and when I think back it is probably because I had just as much confidence in myself. Once I knew that they were not in opposition to me changing careers and making a risky move, it just lifted a weight and gave me the extra boost that I needed to move relatively fearless.

What is the name of your novel and what is it about?

My debut novel is titled, Preseason Love. It is about an emotionally conflicted sports publicist who does not know how to receive her boyfriend being good to her because she has been jaded by her past so she embarks on a secret affair with a professional athlete.

When does your podcast air and where can people check it out?

The Switch, Pivot or Quit podcast publishes new episodes weekly with the fan favorite series, “7 Minute Sunday” quickly becoming a standout as it aims to provide inspiration and encouragement for the dreaded Sunday Blues. People can listen to the SPQ podcast on iTunes and SoundCloud.

Check out our Episode below as I speak about the time that I took the Switch, Pivot or Quit leap.