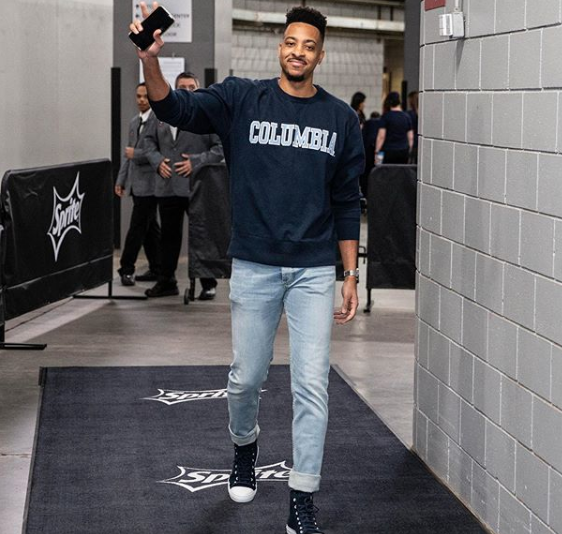 The global pandemic of COVID-19, or the novel coronavirus, has resulted in many states issuing mandatory stay-at-home orders, causing non-essential businesses to shut down. This has had a devastating effect on numerous industries; over 700,000 jobs were lost in March. The viral outbreak has affected millions financially – including NBA players.

“I would say out of 450 players … 150 probably are living paycheck to paycheck,” Portland Trail Blazers star CJ McCollum said on ESPN’s The Boardroom.

While many would assume NBA players all make millions, that isn’t the case of many players who aren’t at the superstar level like LeBron James. There is a possibility that the league could see a pay stoppage along with massive loss in revenue when the season resumes.

“I think a lot of guys are going to be hurting especially people on minimums or people that didn’t just budget correctly and didn’t expect this to happen,” McCollum told former NBA player Jay Williams, the show’s host. “Maybe they loaned money or paid money to family. Maybe they’re taking care of multiple people and now there’s a work stoppage for us and for a lot of people in America.”

NBA commissioner Adam Silver told TNT Sports’ Ernie Johnson this week that there is “too little information” to confidently project when the league can return to action. This came after a report circulated that the NBA was considering ways to expedite a return to play.