Is Netflix Really A Champion of Diversity? Not So Fast. 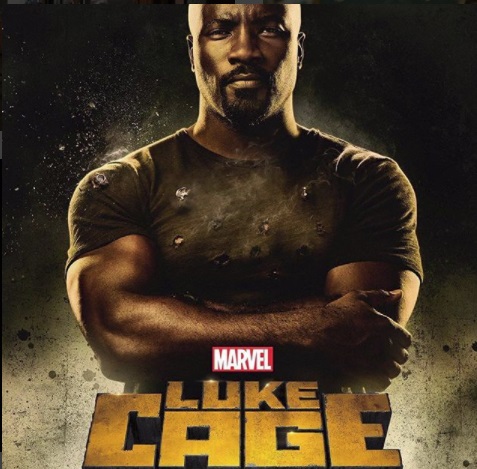 Many of the people defending Netflix against actor/comedian Mo’Nique’s call to boycott it over race- and gender-based pay inequities (with black female comedians getting the short end of the stick), are lauding the $100 billion company’s groundbreaking commitment to diverse programming. But is Netflix really a champion of diversity?

First, let me get this out of the way: Netflix should not get a pass on the issue of compensation and opportunities for black female comedians because of its $100 million deal with uber-producer/screenwriter Shonda Rhimes. Netflix is a $100 billion company; it spent $8.8 billion on content alone last year. Its multiyear-deal with Rhimes is a good start, but no more than that. (By the way, it’s been reported by the Wall Street Journal that Rhimes’ work for ABC has generated over $2 billion in revenue from advertising, rerun sales, and international licensing.)

We’re only tripping because black people have never seen that kind of money (a recurring theme in our culture after decades of exclusion and discrimination). But never forget, because one of us finally got it doesn’t mean it’s the first time a black person was qualified and deserving of the opportunity. Every “black first” is just a small down payment against generations of dreams (and billions of dollars) deferred and denied by the deliberate and systematic exclusion of black people from opportunities. Get back to me when $100 million production deals become as common for black people—and black women in particular—as they are for white males in the entertainment industry. Until then, the deal is an accomplishment for Rhimes, not for Netflix.

That said, Netflix absolutely deserves credit for its diverse programming, and the acting, directing, and other opportunities it creates for people of color in the industry. However, putting on more shows with diverse casts/producers/etc. is a great example of the easiest, quickest, and least permanent execution of diversity: on-air programming. It’s not a bad place to start, but alone, it is hardly representative of a true, long-term commitment to diversity.

Some call it window dressing; I call it banana-in-the-tailpipe diversity. (My boss and CEO Earl “Butch” Graves Jr. calls it “diversity as a diversion.”) Remember the launch of UPN (the network that introduced us to Moesha and its spin-off, The Parkers, starring Mo’Nique)? The CW? The WB? The Cosby-driven revival of NBC? Media platforms, especially in television, always count on black people, the demo that watches more TV than anyone else, to establish and grow an audience. Besides, black people bring the cool factor, which brings those who want to be cool, too: primarily young, mainstream [white] viewers. Once that is achieved: poof! Black programming gone! Netflix, as a streaming service, is a departure from the old network TV model, so I hope it will be different this time. Not holding my breath, though.

1. Board Diversity. Netflix ain’t got none. It’s board, including the addition of a new director announced earlier this week, consists of seven men and three women—all of them white.
2. Senior Management/Executive Diversity. How many African Americans and other people of color are in the C-Suite, and in the decision-making power jobs that report into it? There are no Netflix executives on Black Enterprise’s latest list of “The Most Powerful Executives In Corporate America.”
3. Workforce Diversity. What is the representation of African Americans and people of color employed throughout the organization? (According to Netflix’s website, 4% of its employees are black.)
4. Supplier Diversity. How much money is a company spending with businesses owned by African Americans and other people of color, as a proportion of its total spending?

Suffice to say, you won’t find Netflix on the Black Enterprise “50 Best Companies for Diversity” list.

If a company is not serious about diversity in all four of these key areas—with the numbers to back it up—they’re just playing us, if not themselves. As I’ve already said, let’s hold off on giving Netflix an NAACP Image Award. (Better to give it to the actors, producers, writers, etc. and others actually working on its shows.)

It’s great, actually amazing, that Netflix is providing opportunities to African Americans and so many other people of color and diverse backgrounds (as they should, quite frankly—pay inequities notwithstanding). But that is not where the real money and decision-making power is. To paraphrase my CEO: “Don’t let diversity become a diversion.”