by  Jeffrey McKinney
October 26, 2017
Education has always been the focal point for success in the Rucker family. Born into a legacy of educators, they were taught at an early age to make education their number one priority. The educational influence of their grandparents not only impacted their lives but led to the opening of the A.R. Rucker Middle School in their hometown of Lancaster, South Carolina.

African American real estate developers in Detroit will get financing and training opportunities to grow their businesses courtesy of a $5 million program being offered by Capital Impact Partners.

The pilot program is part of a larger move to encourage small diverse developers to work on larger products and give them the resources to be successful.

The two-year initiative will allow black developers to take part in Detroit’s economic recovery by providing them flexible capital, one-on-one mentorships with local experts, and formalized training to support real estate companies they own and operate.
Capital Impact Partners is an Arlington, Virginia-based nonprofit community development financial institution that offers loans, grants, and other financial services to underserved U.S. cities. It also has offices in Detroit and Oakland.

The program is geared to spur the development of small- and mid-sized mixed-use, multifamily residential projects in the city’s mixed-use corridors.

Capital Impact Partners stated in a news release that of the $152 million loaned in Detroit between 2006 and 2015, projects led by minority developers received only 10% of the financing. Detroit has nearly 50,000 minority-owned small businesses, making it the nation’s fourth-largest city for minority entrepreneurship.

Melinda Clemons, Detroit Market Lead at Capital Impact Partners, says stumbling blocks for African American real estate developers are experience, knowledge of upcoming developments, and access to financing. She says Capital Impact Partners is in the process of raising $5 million to support the program. “We’re trying to remove the barriers that have hindered African American developers in Detroit from participating in the city’s revitalization.”

Officials hope the Detroit initiative will mirror successful efforts in other areas.
“We’ve seen success in the implementation of similar type programs in other cities like Milwaukee and Los Angeles and are confident this new effort will ensure that the brick-and-mortar development component of Detroit’s economic growth continues to be inclusive,” Clemons said in a press release.

The two-year, $500,000 investment by JPMorgan is part of its $150 million investment in Detroit. The bank in 2014 committed $100 million to the city for five years. This year it invested another $50 million.

Detroit Developer Reflects on How His Business is Benefiting

Developers in this program will benefit from the loan funds JPMorgan Chase established with Capital Impact Partners and Invest Detroit to finance mixed-use real estate, affordable multifamily housing, and commercial and retail developments in Detroit neighborhoods. The Coe Project in West Village, led by minority developer Clifford Brown, is an example. 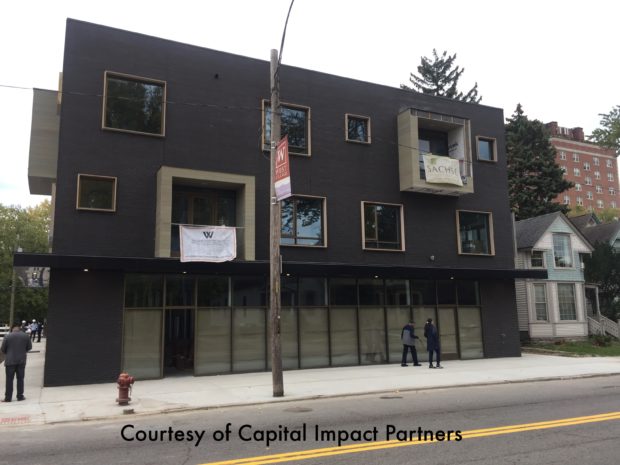 “I am so proud to partner with organizations like JPMorgan Chase and Capital Impact Partners because together we can turn our vision into reality so much faster,” said Clifford A. Brown, an urban developer and partner at Woodborn Partners in a press release. “As a developer in the city, I’m excited to show the next generation how much more we can achieve when we work together.” 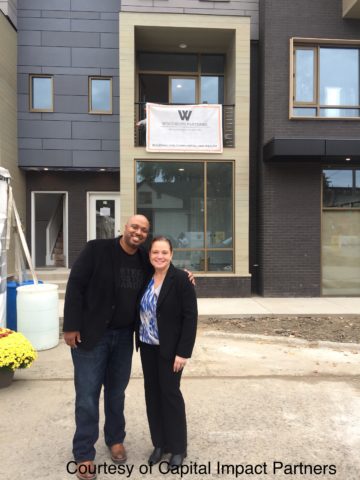 Eligibility and How to Apply for Assistance

To be eligible, program participants must be developers of color from the Detroit area with some real estate development experience. Developers planning to build a 6 to 20 residential unit, multifamily or mixed-use development in Detroit’s targeted redevelopment areas will be given priority.

Developers that don’t have a planned project will also be considered for the program. Participants will get help in several areas, including project budgeting, real estate finance, project and contractor management, legal services, and community engagement.

Applications must be completed by the end of November. For more details and where to apply visit: www.capitalimpact.org/focus/place-based-revitalization/detroit-program/equitable-development-initiative.