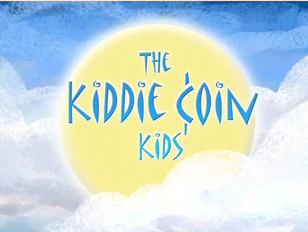 Since its publication in 2003 the Kiddie Coins Kids book series has been committed to the mission of combating financial illiteracy at its earliest stages by educating children on the basics of money management skills. The books have become a staple for financial literacy curriculum in classrooms nationwide. Now, Rogina Smith, author of the series is expanding her platform by launching a Kiddie Coins Kids mobile app, available June 27 for download from the Apple app store and Google Play marketplace to third screens worldwide. Later it will debut on one of the largest screens in the world–a gigantic digital billboard in the heart of New York City’s Time Square.

The app will be based on the same four characters in the book series: Patty Penny, Nicky Nickel, Danny Dime and Quincy Quarter. They encourage children to save their change so they can do great things with it.

Levels are timed and involve everything from grocery store scenarios where players focus on dispensing change to shoppers to Patty Penny maneuvering her way through the park in search of the bank.

“I knew if I wanted to reach today’s youth at the earliest age possible, I had to make their learning fun, interactive and available through new technology,â€Â says Smith who tapped app development giants ZCO, whose clients include Verizon, Samsung and BBC America, to build the Kiddie Coin Kids app.

Smith’s grandkids inspired her to gamify her book series when they kept asking to borrow her phone one afternoon. “My first thought was ‘who do they want to call?’ After getting the phone back, I realized they had downloaded several games onto it from the app store,â€ recounts Smith. “After that experience with them, I began to take notice of just how many young children, including babies, were mesmerized by iPhones, iPads and other devices.â€

Smith, who plans to launch several other educational gaming apps under her new company KCK Games, LLC., also stresses that the game is not just for children. There are multiple levels of play that serve as mental stimuli for adults to keep the mind sharp and enhance memory, math and reactive skills

After working in the financial industry for over 30 years, Smith started a personal professional consulting firm. “I wanted to do something to help kids understand the fundamentals of money management,â€ explains Smith. “Many youth begin to make connections to money as early as the age of 3. However, 90% of this relationship has to do with spending,â€ according to the Kiddie Coin Kids website. “This one-sided affiliation with money can lead to, in all likelihood the beginning of a lifetime of poor money habits.â€