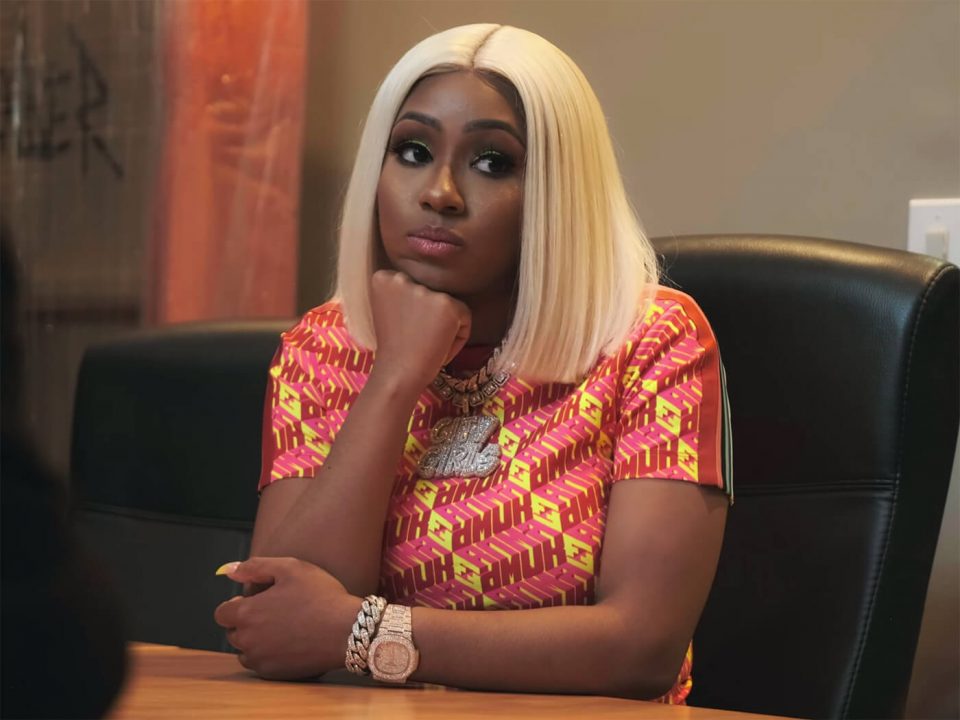 The rap duo City Girls is known for speaking their minds. They keep it 100% real about the experiences that have defined their lives and how they view the world.

Yung Miami and JT (born Caresha Brownlee and Jatavia Johnson, respectively), the Miami-based rappers who comprise the rap group, are very vocal and transparent about expressing their opinions through their music.

Best of all, they don’t care what people think or how their music is perceived.

Their no-holds-barred approach to their music is also reflected in their interactions with fans, including sharing personal details and vulnerable moments in their career.

In the first of a new five-part series, Brownlee revealed her fears surrounding pregnancy and her career.

In the video, aptly titled Yung Miami’s Secret, she revealed how scared she was to tell her boss, Pierre Thomas, CEO of Quality Control Music, she was five months pregnant.

“One of the reasons I hid my pregnancy is because I didn’t want people to feel like it’s a limit to what I can do,” she shared.

She went on to share that she was not only fearful of her manager’s reaction but also the impact her pregnancy could have on her career.

Rapper Cardi B shared a similar experience when she became pregnant with her first child at the height of her burgeoning music career in 2018.

“When I got pregnant, I was f*cking freaking out. Everybody around me was like, ‘No, this never happened before. Every artist that has a baby, they already put in years in the game. This is your first year. You’re going to mess it up. How are you going to make it?” she told W Magazine in 2018.

I wasn’t even thinking of winning or even the Grammies. All I can think about was …everybody is disappointed in me, am I still going to have a career after this baby ? Is this album going to make me or break me ? I need to finish before I start showing .

One can only imagine the pressure and fear both female entertainers felt, amid what should be one of the happiest moments of their lives. These experiences and concerns around pregnancy and career help to illustrate the motherhood penalty.

The motherhood penalty is a term used to describe the systemic disadvantages working mothers often face in perceived competence and pay when compared to their male counterparts.

Motherhood often comes with unconscious bias and unfounded stereotypes that mothers aren’t as committed to their jobs.

Women in the Workplace

But the motherhood penalty isn’t just felt by entertainers and athletes. These experiences speak to a broader, more complicated problem around women and how pregnancies impact their careers.

According to a study conducted by Bright Horizons, the number of women worried about telling their bosses about their pregnancies nearly doubled in five years—from 12% in 2014 to 21%.

In fact, from my own experience, shortly after I revealed my pregnancy to a former manager, I was called by an HR executive and told I would be let go.

When I asked if it was due to performance, they reassured me it had nothing to do with that. In fact, I had gotten a salary increase a few weeks before.

I didn’t dare ask if it was because of my pregnancy. But to this day I still wonder if my pregnancy had anything to do with my untimely goodbye.

It was a devastating experience, and yet it’s something many women struggle with today.

A staggering 65% of women without children worry about what having a child will mean for their career.

Black Women in the Workplace

Black mothers face even more obstacles in the workplace due to racism and sexism.

“In so many different ways, Black women have a harder and worse experience than almost everyone else,” according to a study conducted by Lean In.

These struggles include being overrepresented in minimum wage jobs, being hired and promoted more slowly, and being paid less than men and most other groups of women. Adding the motherhood penalty to that equation only makes it harder for Black women to succeed in the workplace.

Choosing Between a Career and Pregnancy?

Research has shown that for the stereotypes and biases around working mothers to be dismantled, there needs to be equal representation for women in the workplace, in leadership roles, and more flexible work arrangements that support mothers.

Thankfully there are signs of improvements as companies roll out more inclusive workplace policies, but there is still a long way to go.

After all, if you ask me pregnancy is the eighth wonder of the world.

Tiffany Trotter is the founder of BraveSelfStarter, a community dedicated to helping newcomers to the U.S. to navigate careers and personal finance. She is also a children’s book author committed to spreading gender positive messages of bravery and confidence.