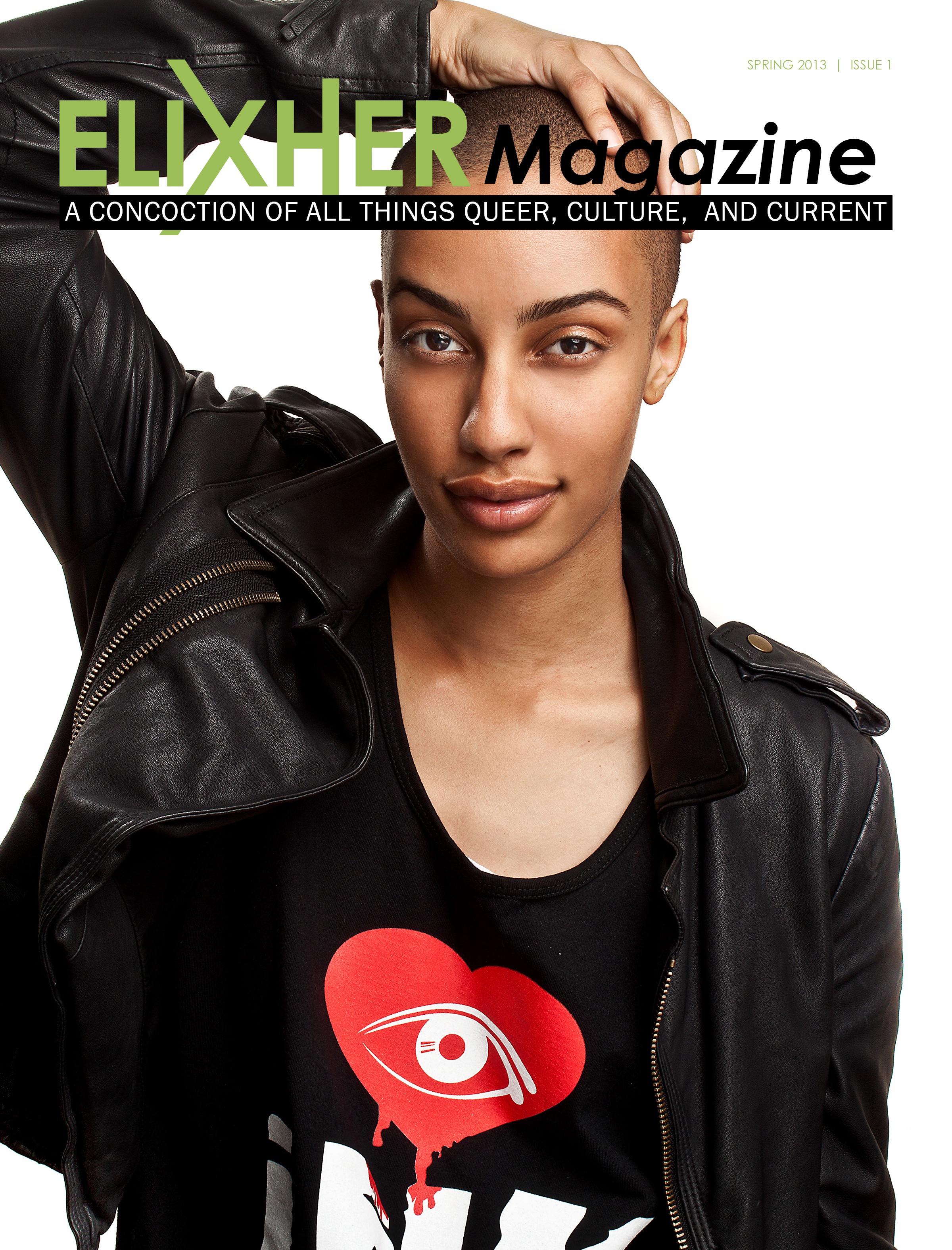 A new digital magazine and online destination aims to change the representation of black lesbian, bisexual, and transgender (LBT) women in the media.

Elixher online, which is described as a concoction of all things queer, culture, and current, is celebrating its two-year anniversary. However, the digital edition of the website, Elixher magazine, premieres next month, featuring among other things, an interview with model and actress AzMarie Livingston, America’s Next Top Model lesbian alum who currently plays the girlfriend of actress Melanie Griffith on the new Logo series DTLA and is the rumored ex-girlfriend of actress Raven Symone.

Elixher‘s creator and editor is Kimberley McLeod, a Washington, DC-based media strategist and lesbian, gay, bisexual and transgender (LGBT) advocate, who grew tired of the lack of multidimensional representation of black LBT women.

“When I was going through my own journey of self-acceptance and coming out, I turned to the media for reflections of myself. I couldn’t find women that looked like me and that shared my story. When I did come across depictions of black lesbian women, they were hypersexualized,” says McLeod, whose previous stints include working at PEOPLE Style Watch magazine and the Gay & Lesbian Alliance Against Defamation (GLAAD).

McLeod says at first she tried to infiltrate very white mainstream media outlets as a black woman and when she started identifying as a lesbian, she felt even more isolated in the workplace, because of the lack of visibility of African American LGBT colleagues.

The twenty-six-year-old McLeod, who serves as the communications director and press secretary for the civil rights organization, the National Black Justice Coalition, has placed numerous LGBT stories in both national and local media, including CNN, MSNBC, The Baltimore Sun, and The Tallahassee Democrat. She also has provided an African American perspective on LGBT issues ranging from hate crimes to marriage equality for various media outlets.

With Elixher magazine, McLeod wants to make sure that the media spotlight is given to black LBT women.

“Many times black women who are lesbian, bisexual or transgender are left out of the media coverage given to their communities. When the topics turn to gay and lesbian rights, many times black LBT women once again are left out of the debate,â€ notes Britni Danielle ofÂ Clutch magazine, an online destination targeting young, progressive African American women. Although Elixher is geared toward lesbians and transgender women, “we have a lot of straight black women who come to the site,â€ adds McLeod.

Elixher started out as a simple WordPress blog, providing political commentary, profiles and events, that has grown quickly since its March 2011 launch. With approximately 10,000 unique visitors a month and over 20,000 page views per month, Elixher‘s audience is steadily gaining a wide following across the country. Web content is free, while the digital version of Elixher magazine will have a revenue model that relies on subscriptions and advertising.

“It is going to look and feel like a traditional magazine,â€ says McLeod. “But we wanted to adapt to the way people are accessing information.â€

Readers can download Elixher magazine on their mobile phones and tablets. McLeod says she wanted to expand beyond the website as “a chance to have more in-depth reporting and visual images of LBT women that are empowering and true to life.â€

She recently mounted an IndieGoGo crowdfunding campaign to raise $10,000 to help cover costs for the first digital issue of Elixher, which has a team of 15 volunteer writers. Check out the campaign here.