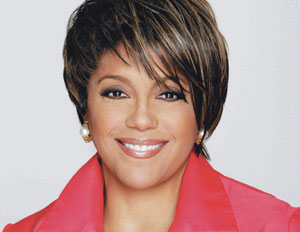 After nearly 70 years as a family-owned independent publishing firm, Johnson Publishing Co. Inc. (No. 30 on the BE INDUSTRIAL/SERVICE list with $120 million in sales) announced that it sold an equity stake in the company to JPMorgan Chase’s Special Investments Group (SIG). And while the undisclosed, but certainly multi-million dollar, infusion provides the company with much-needed capital to refocus the brand, it also marks the first time the family business has taken outside investment.

In an exclusive interview with BLACK ENTERPRISE, Chairman Linda Johnson Rice, daughter of founder John H. and Eunice Walker Johnson, says there was no trepidation about selling a portion of the company’s equity and giving another firm a voice in the business. “We have the management control and the operational control of the business,â€ asserts Rice. “I believe that not only are they [JPMorgan Chase] savvy investors but I think they will be strategic partners for us.â€ She also stated adamantly that there are no plans to sell a controlling interest in the company.

Johnson Publishing was founded in November 1942 by John H. Johnson and his wife, Eunice Walker Johnson, more than two decades before the de-segregation of the South. The company initially published Negro Digest (later renamed Black World) before launching Ebony in 1945 and Jet in 1951. The company later branched out to publish books written by Black authors and distribute the Fashion Fair cosmetics brand. In 1987, BLACK ENTERPRISE named John H. Johnson its Entrepreneur of the Decade. At that time, Johnson publishing was the largest Black-owned business in the U.S. with revenues of $173 million. Since the inception of BLACK ENTERPRISE‘s list of the nation’s largest Black-owned businesses in 1973, Johnson Publishing has been one of only three companies to appear on every roster.

But in recent years, the pervasiveness and availability of technology–particularly mobile phones and other devices with Internet capability–lead to a dramatic shift in the way the public consumes media content. As the amount of time the average consumer spent online increased, magazine subscriptions declined while advertising dollars chased those same consumers. This, combined with economic conditions that in recent years alternated between sluggish and toxic, left print publications of all shapes and sizes struggling to survive.

The end result: Scores of magazines have ceased publishing print products, including Portfolio, Travel & Leisure Golf, Teen and PC Magazine just to name a few. Others, such as BusinessWeek and Vibe were acquired by investment firms or other information providers.Â  “The fact is that these companies are so heavily invested in the print business–not just for the actual revenue–but [because] their infrastructure revolves around print,â€ says Matt Kinsman, Managing Editor for Folio, an industry publication. “They have all these systems in-house, they have this structure that’s all focused on producing a print product as opposed to something else.â€

Ebony and Jet were among those publications that saw circulation numbers hemorrhage. In 2008, Ebony and Jet averaged 1,294,824 and 900,000, respectively, according to the Audited Bureau of Circulations, the industry standard. By year-end 2010, circulation dropped to 997,173 and 703,944, respectively. In the last five years, Johnson Publishing’s revenues dropped from more than $472 million to $120 million. Ebony was since redesigned and both publications replaced editors-in-chief. Other structural changes were made, including a workforce reduction, the sale of the building that served as the company’s headquarters for four decades, and the hiring of Desiree Rogers, former White House Social Secretary, as CEO.

Plans for the capital include building out Ebony‘s digital presence, a redesign of Jet‘s print product, a new website and an iPad app. Â The company also plans to build up its e-commerce platform to sell products and merchandise related to its Ebony, Jet and Fashion Fair brands. “What this infusion of capital will do is let us speed up the rebranding of the cosmetics line and that could be anything from what products are offered to marketing dollars,â€ says Rogers.

Could the new model work? “Nobody really knows. Tablets and apps are said to be the new savior for magazines, too; but there’s only a handful of publishers who are actually making money on it at this point,â€ says Kinsman. “For the majority of publishers, magazines are still the majority of revenue, but it’s not really seen as a growth area. It’s going to pay the bills but it’s becoming more of a branding tool than as a revenue tool.â€