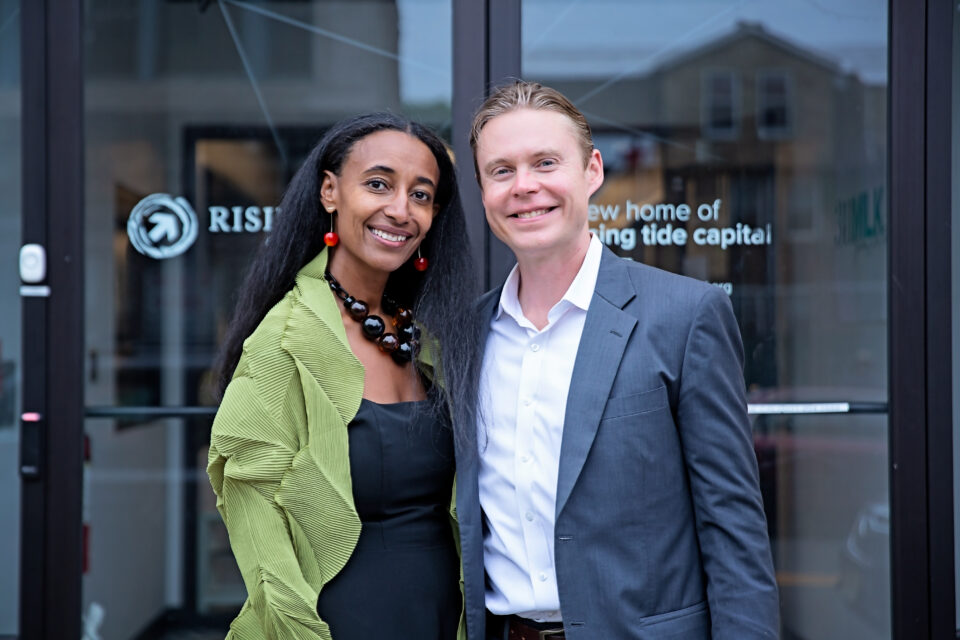 A New Jersey-based nonprofit that helps Black and other entrepreneurs, Rising Tide Capital has invested about $4.5 million to open and relocate into a new headquarters.

The investment in the national headquarters Rising Tide just moved into along Martin Luther King Drive in Jersey City will also allow it to expand. Its new offerings include an entrepreneurship hub providing emerging founders with support and resources to develop sustainable businesses in their communities.

The move into the building also commemorates the 18th anniversary of Rising Tide. The nonprofit reports it has provided training to over 7,000 entrepreneurs nationwide starting in 2004.

The four-story building that Rising Tide acquired includes 20,000 square feet for the nonprofit and other tenants. It has 5,000 square feet of ground floor mission space for Rising Tide and co-working space for entrepreneurs. It includes 10 units of affordable housing for local residents, something Rising Tide calls a “unique feature.” Officials claim the relocation will help continue the economic resurgence of Greenville, a majority Black neighborhood in Jersey City.

The organization reports it mainly works with entrepreneurs from historically marginalized communities seeking to start and grow strong businesses. Rising Tide states its alumni network is 71% women, 93% people of color, and 80% low-to-moderate income.

Rising Tide reports within two years of graduation, its participating entrepreneurs achieve a 95% increase in business sales and a 63% rise in household income. Its CBA program included the graduation of 179 entrepreneurs from its spring 2022 class.

“At a time when investment in physical spaces, particularly in historically marginalized communities, faces significant challenges, Rising Tide Capital believes that community hubs for local entrepreneurs are an essential component for the rebuilding of equitable, resilient, and inclusive local economies,“ stated Alfa Demmellash, co-founder and CEO of Rising Tide Capital.

“Entrepreneurship is fundamentally a form of creative response to the needs of the world around us,” said the COO.