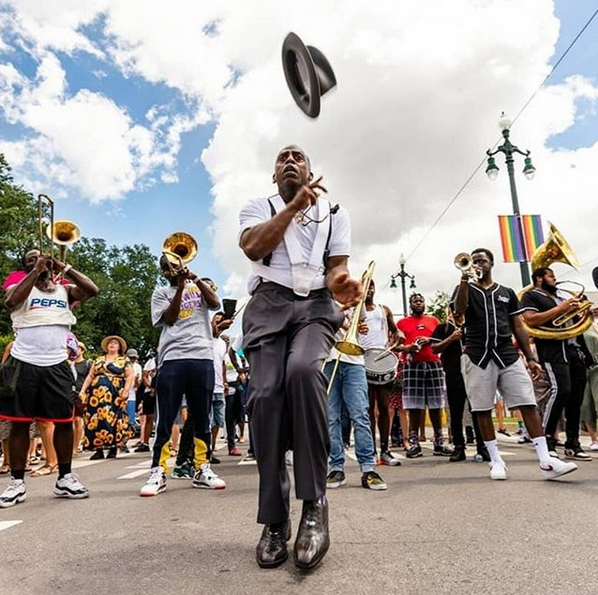 It has been an exciting week in New Orleans with the city wrapping up its Mardi Gras celebrations. The city has progressed a lot over the years but gentrification has threatened many of its historic neighborhoods. With a push to inspire tourists to explore the city outside of the French Quarter, the New Orleans tourism board is teaming up with the city to create initiatives to promote black-owned businesses to tourists looking to get an authentic look at life in the Big Easy.

During a media event held at Martha’s Vineyard last summer, New Orleans & Company announced that it would be working on initiatives with city officials to push black-owned businesses as the face of the city and attract investors to the city to provide more opportunities for locals while boosting the local economy.

“We need to let the world know how open and accessible New Orleans is,” said Councilman Jay H. Banks at the event, “We are open for business and fun.” Some of these initiatives include creating a Green Book-style guide to black-owned businesses throughout the city in partnership with The New Orleans Tribune. “The dream [is] that [the city] gets far more economically integrated [and] that none of the magic that makes New Orleans is lost,” Banks continued. “We want to grow but grow in the confines that make us unique.”

New Orleans is undoubtedly a very black city that is proud of its culture and unique history. African Americans thrived in the city and created numerous businesses to service others in the community. These businesses have ties to some of the city’s most celebrated events and preserve native traditions passed down through the generations.

Many of the famous Mardi Gras Indians use black-owned venue spaces for practice sessions in the months leading up to Carnival with other tribes using these spaces to put their suits together before joining the processions. Some of the best food in the city can be found in black-owned restaurants cooking recipes passed down from their grandparents covered in savory Cajun spices.

“We have increased our intentionality around supporting ALL businesses in our community involved in the tourism economy, especially those who have not been part of the conversation in years past,” said Romig. “We recognize the vast variety of diverse service providers in our community and we will continue to do as much as we can to continue having a positive impact on the community.”

For 2020, the tourism board hopes that visitors looking to explore the city will indulge in the true culture of New Orleans through the black-owned businesses created by the locals who helped shaped that culture.