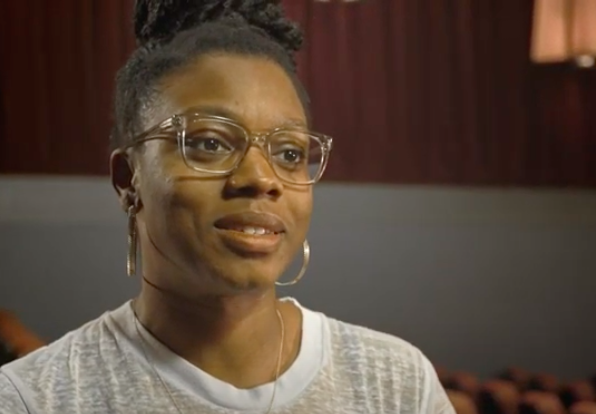 The sequel to Brie Larson’s Captain Marvel is being directed by filmmaker Nia DaCosta, thereby making her the first Black woman to direct a Marvel Studios movie, according to Deadline.

The original Captain Marvel film, which was directed by Anna Boden and Ryan Fleck, was released in March 2019 and grossed $1.13 billion worldwide. Fleck sent well wishes to DaCosta via Twitter.

Congratulations @NiaDaCosta !!!!!!
Can’t wait to see where you take this! Anna and I are thrilled for you and wishing you the very best! Higher Further Faster! #CaptainMarvel2

In the first Captain Marvel, Larson’s character, Carol Danvers was involved in the war between two alien races, the Kree and shape-shifting Skrulls. She turned into Captain Marvel when she survived an explosion tied to an alien engine that instilled incredible power within her thus making her one of the most powerful heroes in the Marvel Cinematic Universe.

DaCosta made her directorial debut with her 2018 feature Little Woods which starred Tessa Thompson, and she also directed the ‘sequel’, which is being billed as a retelling of the 1992 Black supernatural slasher film, Candyman. This film was scheduled for a summer release this year but due to the coronavirus pandemic, has been scheduled for release in 2021.

Social media is getting antsy for the release of Candyman, which is debuting on Aug. 27, 2021.

Writer/producer @JordanPeele and director Nia DaCosta teamed up for a “spiritual sequel” to #Candyman – originally slated for an October 2020 release, but delayed due to COVID-19. @CandymanMovie #AFIMovieClub pic.twitter.com/xxG574lRRW

Director Nia DaCosta Reveals How She Wants Us to Feel After Watching ‘Candyman’ https://t.co/B8xsenxuCl pic.twitter.com/MvCty0cs7y

#NiaDaCosta is getting ready to direct “Captain Marvel 2,” becoming the first Black woman to helm a film in the Marvel franchise.

For our Fall 2020 issue, she caught up with @TaikaWaititi to discuss the exorcism of art. https://t.co/6mDxfOXGNY

The best thing to happen to Horror in years was Get Out. It opened the door to allow so many diverse and interesting voices tell stories, to prove their is an audience!

Biggest Regret of 2020: That we now have to wait a year for Nia DaCosta’s Candyman. https://t.co/Cns0NPEJks