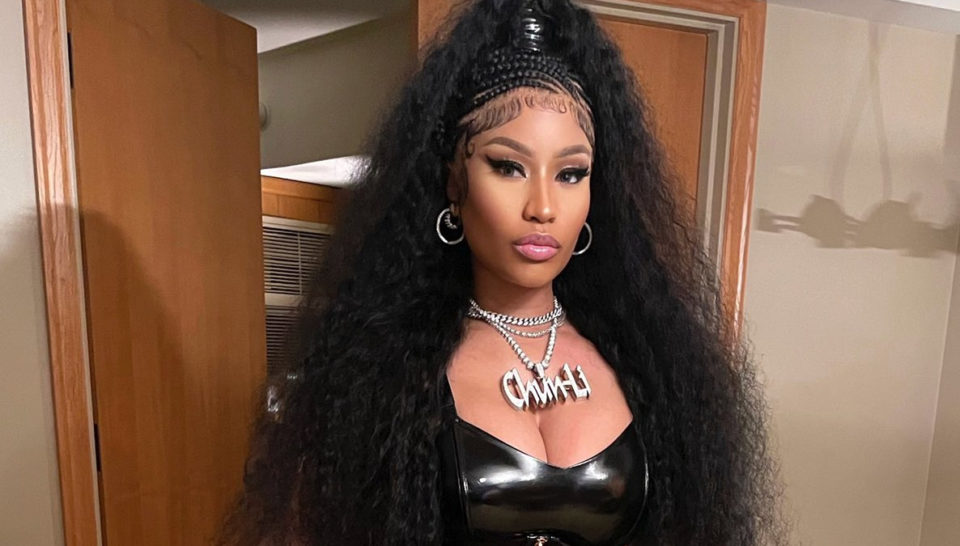 After Nicki Minaj sounded off on her Twitter account to tell her fans that she didn’t attend the Met gala due to a vaccination requirement, she has been ridiculed by some and supported by others for her views on not getting the vaccine until she has “done enough research.”

Now, even the White House is chiming in, and presently Minaj has beef with them too.

They want you to get vaccinated for the Met. if I get vaccinated it won’t for the Met. It’ll be once I feel I’ve done enough research. I’m working on that now. In the meantime my loves, be safe. Wear the mask with 2 strings that grips your head & face. Not that loose one 🙏♥️

After several tweets and follow-ups, she posted this:

My cousin in Trinidad won’t get the vaccine cuz his friend got it & became impotent. His testicles became swollen. His friend was weeks away from getting married, now the girl called off the wedding. So just pray on it & make sure you’re comfortable with ur decision, not bullied

In the midst of this controversy, MNSBC host Joy Reid reprimanded Minaj for helping spread alleged misinformation about the effects of the vaccination. She then responded:

This is what happens when you’re so thirsty to down another black woman (by the request of the white man), that you didn’t bother to read all my tweets. “My God SISTER do better” imagine getting ur dumb ass on tv a min after a tweet to spread a false narrative about a black woman https://t.co/4UviONyTHy

According to CNN, Dr. Anthony Fauci, while speaking to CNN‘s Jake Tapper, responded to what Minaj stated on Twitter: “There is a lot of misinformation, mostly on social media, and the only way we know to counter mis- and disinformation is to provide a lot of correct information and to essentially debunk these kinds of claims which, you know, may be innocent on her part. I’m not, you know, blaming her for anything, but she should be thinking twice about propagating information that really has no basis as except a one-off anecdote. And that’s not what science is all about.”

Sometime later, Minaj tweets that the White House has invited her to visit and discuss this in person.

The White House has invited me & I think it’s a step in the right direction. Yes, I’m going. I’ll be dressed in all pink like Legally Blonde so they know I mean business. I’ll ask questions on behalf of the ppl who have been made fun of for simply being human. #BallGate day 3 https://t.co/PSa3WcEjH3

Then NBC News reported that the White House put out a statement denying they invited the rapper but instead that they offered her a phone call with medical experts. A White House official told NBC News that they “offered” to speak to Minaj to discuss questions about “the safety and effectiveness” of the COVID vaccine after she posted Tweets that led to Twitter temporarily suspending her account.

“As we have with others, we offered a call with Nicki Minaj and one of our doctors to answer questions she has about the safety and effectiveness of the vaccine,” the White House official said.

Fox News reported that Minaj responded to the White House’s denial of an invitation.

“Do y’all think I would go on the internet and lie about being invited to the f—ing White House? Like what? Do you guys see what is happening right now?” Minaj said in a 14-minute video post on her Instagram account.

She claimed that her manager and publicist had been on the call with the White House in which the administration officials stated, “We’d like to offer Nicki an invitation to come to the White House to speak with” Surgeon General Dr. Vivek Murthy and Dr. Anthony Fauci.

In her Instagram video, she stated that the White House called back after she Tweeted about the invitation and said that the administration “weren’t too happy” about her talking about it publicly.