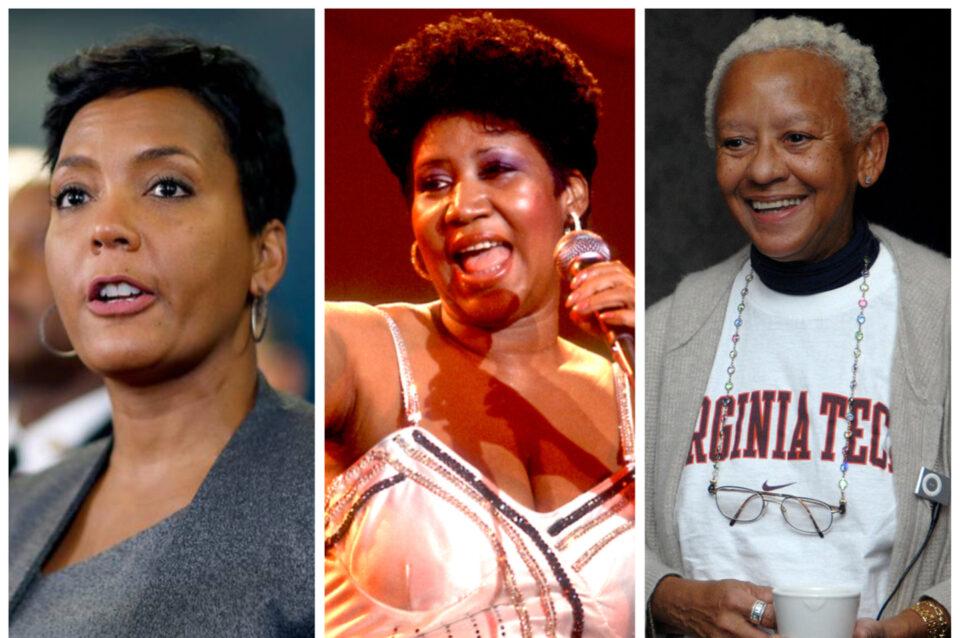 In 1913, Alpha Chapter, Delta Sigma Theta was founded by 22 dynamic women on the campus of Howard University, a historically Black university, in Washington, D.C. These courageous scholars were committed to promoting academic excellence, addressing the social issues of the time, encouraging participation in the establishment of positive public policy, and more.

Since its founding, the Delta Sigma Theta sisterhood has expanded with more than 300,000 initiated members, including honorary membership, the highest honor extended to women who have made significant contributions to society while excelling in their chosen careers.

Here is a glimpse of some of those notable “devastating divas.”

Powerhouse vocalist Aretha Franklin, notably known as the Queen of Soul, was inducted as an honorary member Delta Sigma Theta in 1992. Following her passing on Aug. 16, 2018, the sorority held an Omega Omega Service to salute Franklin with words, scripture, and songs. She wore the sorority’s signature crimson from head to toe.

Trailblazing writer, commentator, activist, and educator Nikki Giovani is an honorary member of Delta Sigma Theta sorority. Back in 2013, she notably delivered a tribute poem, titled “We Marched,” dedicated to the sorority. She is currently a retired distinguished English professor from Virginia Tech, but has not retreated the pen.

Dr. Eleanor Traylor, Professor Emeritus and former chair of the English Department at Howard University, joined other dynamic women as honorary members of Delta Sigma Theta during their 54th National Convention in New Orleans. Traylor is an acclaimed scholar and critic of African-American literature and criticism.

April Ryan, the longest-serving Black female White House correspondent, was inducted into Delta Sigma Theta Sorority as an honorary member during the sorority’s 54th National Convention in 2019. The CNN political analyst is notable for courageously sharing her experiences navigating through the trauma during Donald Trump‘s presidency. She is the author of Black Women Will Save the World: An Anthem.

Sherrilyn Ifill, the former President & Director-Counsel of the NAACP Legal Defense and Educational Fund, was inducted into Delta Sigma Theta Sorority during their 54th National Convention in New Orleans as an honorary member. She has dedicated her life to the pursuit of racial justice from the beginning of her career as a civil rights lawyer and continued to do so in her leadership role at NAACP.

Screenwriter, television producer, and showrunner extraordinaire Mara Brock Akil is notable for changing the face of Black television. She was inducted into the “tantalizing” Theta Alpha Chapter of Delta Sigma Theta Sorority at Northwestern University, where she earned her degree in journalism in 1992. She hails from a legacy family in which her grandmother, aunt, and cousin are members of the sorority.

Former Atlanta Mayor and CNN political commentator Keisha Lance Bottoms was initiated into Delta Sigma Theta through the Beta Alpha Chapter at Florida Agricultural and Mechanical University (FAMU) in Tallahassee, FL. On Jan. 2, 2018, she was sworn in as the city’s 60th mayor and has since made history as the only mayor in Atlanta’s history to have served all three branches of government.

Housing and Urban Development (HUD) Secretary Marcia Fudge is a past National President of Delta Sigma Theta Sorority, Inc., where she served from 1996 to 2000 and is a member of the Greater Cleveland Alumnae Chapter.

Johnetta Cole, Spelman College’s seventh president and the first Black woman to lead the College, retired in 2007 and continued to serve as chair of the Johnnetta B. Cole Global Diversity and Inclusion Institute in Atlanta. She was initiated into Delta Sigma Theta through the Greater Cleveland Alumnae Chapter.