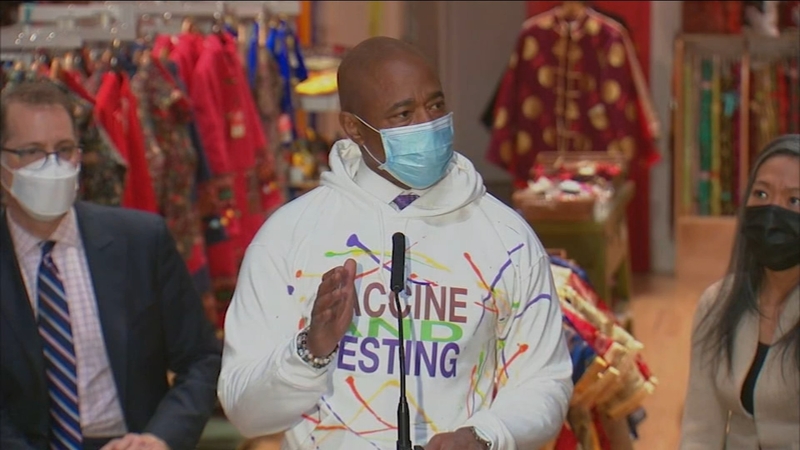 Adams appeared in a press conference on Tuesday where he urged businesses to return to the office instead of working remotely so that employees can better protect themselves from Omicron and the pandemic.

But despite being a Democratic mayor, Adams used a term many Republican politicians use to refer to blue-collar workers as “low skill.” During his speech, Adams was on a roll, telling those with higher-paying jobs to visit the businesses with minimum wage workers.

“And if we say that, ‘Well, I don’t have to go in. I’m still getting my salary,’ then you are not helping those New Yorkers who need us to come in.”

Adams explained why workers need to remember how they contribute to the “ecosystem of this city” while urging them to do their part in keeping businesses open.

My low-skilled workers, my cooks, my dishwashers, my messengers, my shoe-shine people, those who work at Dunkin’ Donuts—they don’t have the academic skills to sit in the corner office,” he continued.

But after the clip was shared online, Adams was ripped apart for the word vomit.

“Essential workers became “low skilled workers” that don’t deserve raises the second Democrats seized power and had to follow through on their campaign promises,” one user tweeted in response.

“I need every restaurant employee of any kind to mess up Eric Adams’ orders/service whenever possible then just be like “well I guess I’m just too dumb”,” one user comically said.

“Like don’t spit in his food cause that’s gross but like put too much salt in it or spill a drink on him or something.”