Olympic Stamina: 3 Tips to Overcome Career Obstacles Like a Superstar 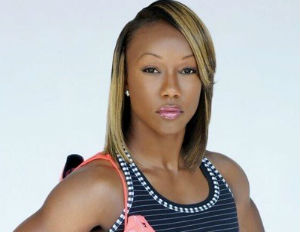 Carmelita “The Jetâ€ Jeter has reached many milestones in her career, from becoming the 2011 IAAF World Champion in the 100-meter race to earning medals three times at the Olympic games—gold, silver and bronze.

A victory during the 2009 Shanghai Golden Grand Prix made her a sports icon when she wowed the world coming in at 10.64 seconds in the 100-meter, making her the second fastest woman ever, behind Florence Griffith-Joyner’s long-standing world record, and today, the fastest woman alive.

What were the factors that led to the phenomenon? “Drive, discipline, and sacrifice,” she says. “It took a lot of sacrifice and support, from my family to my agent to my fans to my coach.”

It also did not come without having to overcome setbacks.

“In 2007, I won a bronze medal at the Osaka games,” Jeter says. “That was the first year I went pro. In 2008, I was doing all these interviews … people are thinking I was going to be in the 2008 Olympic games. I started believing my own hype and thinking I was better than what I was at the time—like I didn’t have to train the way I did prior—and IÂ didn’t make the team.”

Jeter has also had to face recovery from a major injury in 2013, fighting back naysayers who thought she might not make it back to the heightsÂ of her earlier career days.

BlackEnterprise.com caught up with Jeter to talk about how she was able to overcome, as she prepares for her next phase: prepping for theÂ 2016 Olympic team trials:

1. Be consistent and deliberate in setting up clear goals for yourself. “It’s all abut your goals and what you want,” Jeter says. “What do you want to achieve? Set your goals upÂ specifically. You have to have a strong desire.

2. Be aggressive in your approach to achieving your goals.Â “It’s one thing to write down goals, but it’s another to be aggressive about how you’re going to see them through,” she adds. “I wrote my goals down and of course it didn’t all go as planned, but after writing them down you have to stay focused. And even if something doesn’t happen at that moment, you have to keep pushing for it.”

3. Use every setback as a springboard to step your game up.Â “[When I didn’t make it to theÂ Olympic games in 2008), itÂ was a reality check and it hurt really bad,” she says. “It’s was a very painful, emotional time. It made me check myself and sit down and figure out another plan. I changed coaches and my whole perspective on my job changed. It was no longer a 9-to-5 but more of an everyday all day job to be at my best.”

“The past fewÂ years I’ve been injured and that’s no fun. It plays with your confidence, but you just have to believe in yourself. Right now, it’s all about making this team. I’m focused on that this year. I’ve changed a lot this year [including] eating organic, doing Pilates, went to rehab. Everyone keeps mentioning I’m 36 and a little older, but I’ve changed so many things to get ready for success.”