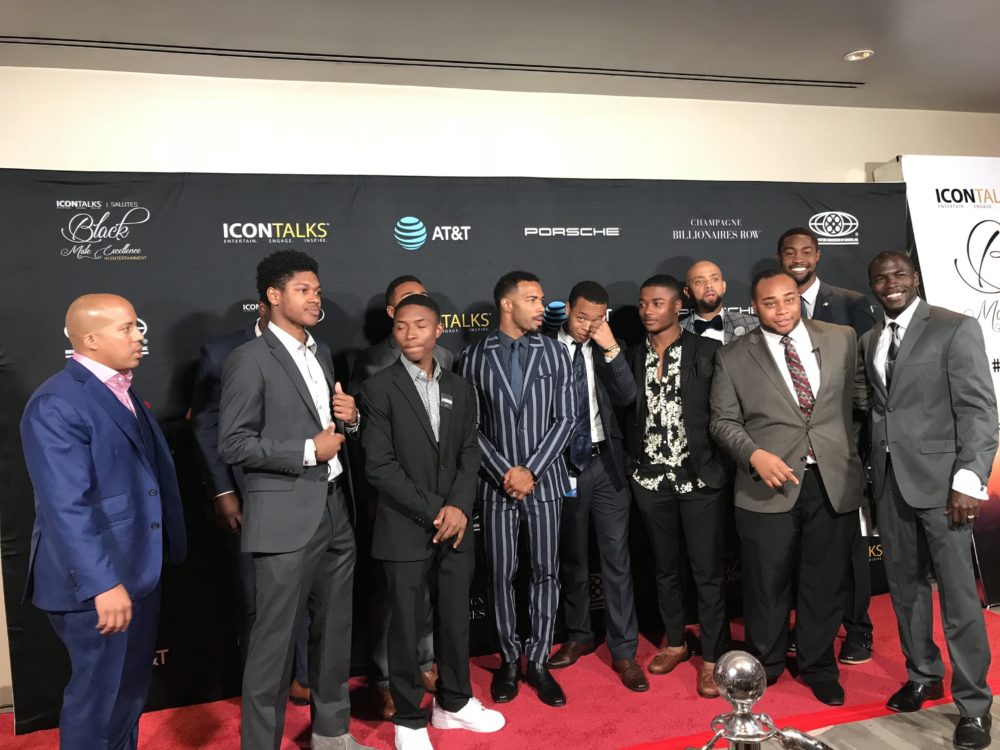 There was no lack of events this past weekend during BET Experience. Icon Talks held up its side of the bargain by honoring black men who are making major moves in the entertainment industry. The organization partnered with the Motion Picture Association of America to host its annual celebration and this year’s event was filled with heartfelt speeches and awards presented to Harry Belafonte, Robert Townsend, Omari Hardwick, Quincy Brown, Kevin Forston, and Roc Nation’s Lenny Santiago.

When accepting his award, Omari Hardwick decided to turn the spotlight from himself to someone else. A young man approached him on the red carpet right before the show, hugged him, and said, “Man, you saved me, you saved me. I was like a broke kid in Maryland. Sunday nights just watching your character, I could see your character in that character.”

Hardwick was so moved by the man that he brought him on stage to revisit the interaction. “I thought man, all I ever wanted to do was tell stories,” said Hardwick, as the man stood next to him with tears streaming from his eyes. “It’s amazing to be able to tell stories and make money doing it, but you tell stories and…you affect so many people. My father used to say, you never know who’s looking at you.”

The awards ceremony took place at the SLS Beverly Hills and it is clear that the mission of this organization is working. “Icon Talks will continue to pay homage to our modern image-makers—both in front of the camera and behind the scenes,” said John Burns, co-founder of Icon Talks. “This past year has been an exceptional push for diversity in film and television, and with the incredible contributions of our honorees, it is fitting that we celebrated the future of entertainment and its continued steps on the path to inclusion.”

Icon Talks is an avant-garde platform offering intimate discussions, insights, and performances with icons from various walks of life—from music moguls to professional athletes, CEOs, actors and activists. These performances and conversations explore paths to success and provide a platform to engage, entertain, and inspire.