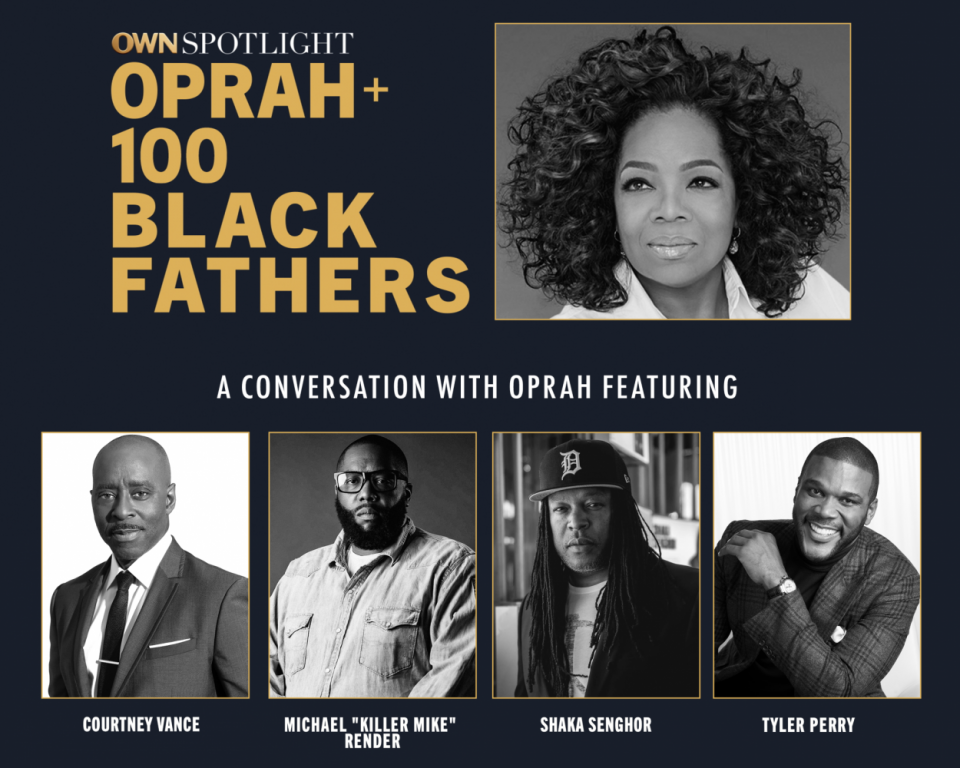 (Courtesy of OWN: Oprah Winfrey Network)

Oprah Winfrey will unpack the heightened racial tensions, consciousness, and civil unrest that have swept the nation in recent weeks with 100 Black fathers.

The 66-year-old media mogul will host and executive produce “OWN Spotlight: Oprah And 100 Black Fathers” on June 30, where she will speak to Black fathers about parenting in wake of the resurgence of the Black Lives Matter movement sparked by the police killings of George Floyd and Breonna Taylor. During the special, the Black fathers will open up about how they are managing this moment and speaking to their children about police brutality and the impact of racial injustice.

“I am honored to bring this conversation to light so we might better understand the emotional toll Black fathers endure, and how they continue to show up for their children, their family and the community,” Winfrey said in a statement.

Tyler Perry, Courtney B. Vance, Killer Mike, and activist and author Shaka Senghor are just some of the celebrity guests that will join the special. In addition, viewers will hear from a diverse group of fathers who are married, single, gay,  parents of trans children, members of the military, formerly incarcerated, healthcare workers, and stay-at-home dads. The special will also feature fathers who lost a child at the hands of the police.

“We are proud to continue curating programming that talks openly about important issues affecting Black lives,” said Tina Perry, president of OWN. “In this special, Black fathers will share their personal stories and feelings in this moment and the hope they have for their families’ futures.”