Wendy Raquel Robinson: Hips Us To "The Game" 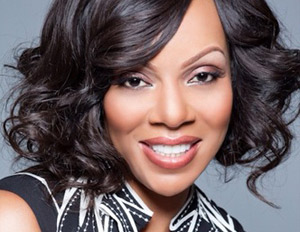 On this week’s edition of Our World with Black Enterprise, with host Marc Lamont Hill, our All Access interview features actor Wendy Raquel Robinson, who shares her insights on creating memorable characters, including her role as Tasha Mack, the grown, sexy and single mother of a pro football star on the original comedy-drama series The Game on BET.

“Pinch me, it’s great!,” Robinson says of the role. “What I love about Tasha is that she’s a single mom and at the same time she’s not a statistic.Â  She took that and didn’t become the victim.â€

Robinson is also known for her role as high school principal Regina Grier on the WB sitcom The Steve Harvey Show. Her advice to young people aspiring to a career in the creative arts: “Step outside the box and don’t stay within the confines of what you think is the traditional way of getting in. Be as creative as possible and don’t be afraid to take risks; without risk you’ll never know true possibilities.â€

This week’s On the Record discussion centers around the people who are at the center of American conversation and socia media trending topics: President Barack Obama, star NFL quarterback Michael Vick, and top entertainer Beyonce. Our panelists include MSNBC Commentator and political analyst Jeff Johnson; actor and comedian Kim Coles; and writer and comedian Chris Spencer. And finally, our Slice of Life profiles former top model turned teacher Rashid Silvera, who is making a difference in the lives of students attending Scarsdale High School in New York.

Our World with Black Enterprise airs on TV ONE this Sunday, January 22 at 10:00 a.m. and on local stations across the country all weekend.

Check your local listings and visit www.blackenterprise.com/ourworld for additional time and station information.