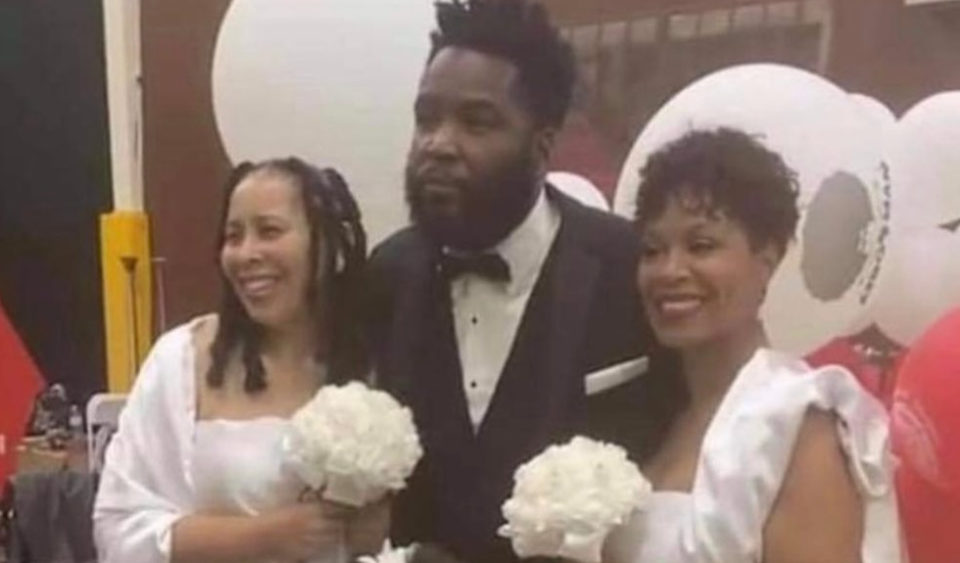 A “wedding” had taken place several days ago that was filmed seen on Instagram Live. No big deal, except that the “nuptials” involved 2 women and a man, the man being Dr. Umar Johnson.

The ceremony was captured and posted by gossipofthecity_ as the video clip shows the controversial Dr. Johnson getting “married” to two women (It is illegal to marry two women in New York, so it may not be an official union recognized by law).

A post shared by Gossip Of The City (@gossipofthecity_)

According to HipHopWired, Dr. Johnson, who identifies as Pan Africanist has reportedly always stated that he wanted to marry two women.

Social media reacted to this union.

Now we see why he ain’t have time to open the school BUT still needed all y’alls donations 🔥🔥🔥🔥🔥 https://t.co/N3sqLZvi6Y

Dr. Umar Johnson got married with sister-wives on IG yesterday.

No school built yet, but the man has managed to build a family with wive(s).

Okay, those are all the nice things I have to say about this. lol

Dr. Umar Johnson finally got his TWO wives… 😮 He said he would. https://t.co/oudq9l5KFV

Sooo Dr.Umar Johnson got married and has 2 wives now.. pic.twitter.com/YQjXizVZoi

So Dr Umar Johnson did what!?!! pic.twitter.com/DNGcRXgs3r

So Dr Umar Johnson just got “married” to 2 women on Instagram live. It was the weirdest, most bizarre thing I’ve ever seen 😂

I hate to say it because I liked the guy when he started. But, Dr. Umar Johnson is a clown – marrying two women at once and having a festival using the school funds, instead of finishing repairs. He starts all these programs and never finishes them too.

Dr. Umar Johnson is sick! He got married (had a ceremony) to two Black women