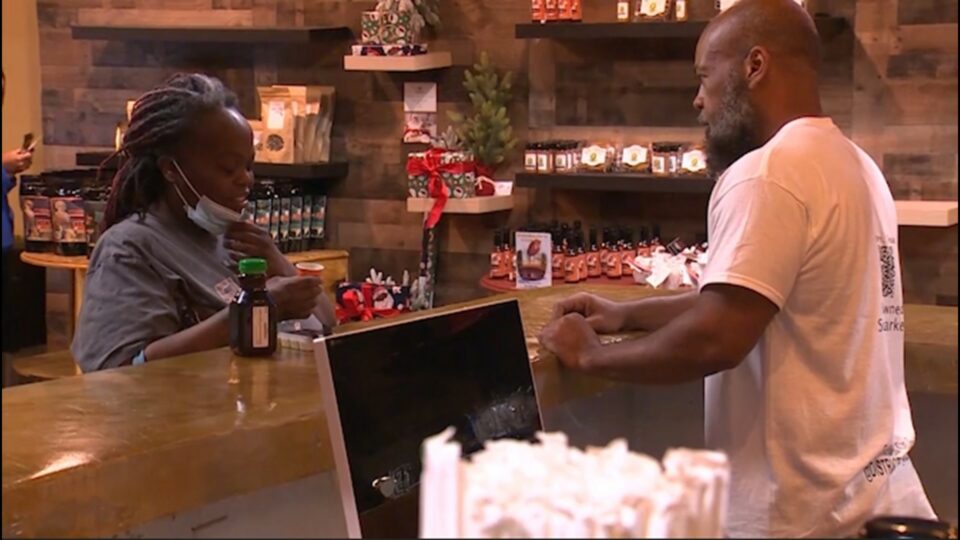 After the COVID-19 pandemic shut the doors of Houston nightclub District 1960, the owner decided to transform his establishment into a fully Black-owned and operated essential business.

“They told me I was non-essential,” owner Robert Thomas told CBS News. “It made me rethink who I am, what my purpose is.”

“Right now, everything in here comes from a Black vendor,” Thomas said.

The vendors are appreciative, with one citing how challenging it is for him to get his products into bigger grocery store chains.

“This is a good outlet because you’re able to grow with him,” My Mark 61 Cattle Co owner Emory Davis said.

“He’s starting. And then once he gets another location, hopefully, you can grow with that, and then you’ll be able to supply that next location.”

Robb and Jessica Tannan started making their Signature Sudz soaps and solvents to use at the laundromat they own after the pandemic caused supplies to dry out.

“To be able to start at these markets and build the customer base, build the product recognition, that’s super important,” Jessica Tannan said.

“And to do it with a community like what Robert is building is just super. I mean, it’s just a win.”

Thomas never envisioned being a grocery store owner. But now that he is, his role brings a new purpose to his life.

“No, no way. You could never have told me I would have become a grocer,” he said. “I wanted a bigger club downtown, somewhere, something like that.”

But now, seeing how his grocery store is helping the community in more ways than one, Thomas desires to open even more locations.

“I want locations all over the world.”