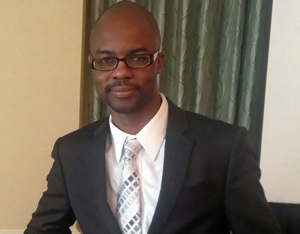 Para Music Group just might turn the music industry on its head. Instead of the old subjective model of discovering new talent, with PMG, artists can upload and digitally present finished songs to Para’s A&R executives via a custom-built music portal. After an artist is vetted and if a song is unanimously accepted by the A&R team and senior executives, it can be released digitally and massively marketed on 300+ online platforms and media channels, worldwide.

“Our mission is to bring cultures all over the world together by means of music and technology,â€ says Corey J. Stanford, CEO of PMG, who also founded Blazetrak, a video messaging platform for music professionals. “If we target 20 million people using our strategies, we expect a high engagement rate between 30-40%. This is clearly evident based on the last two years of music sales across all genres.â€

Considering that this isn’t Stanford’s first foray into music technology, the odds are in his favor. BlackEnterprise.com asked Stanford about his startup challenges and asked him to give advice that other black founders can use to succeed.

What challenges did you face while preparing to make Blazetrak successful? While operating Blazetrak, there were three areas that presented major challenges. Those were lack of capital, the absence of leadership and guidance, and acquiring major clients. Prior to Blazetrak launching, we made a bold move and turned down an investment with only $2,300 in the bank. To solve the issue of having a lack of funds, we bootstrapped our entire infrastructure and didn’t pay ourselves for almost two years – until there was sufficient revenue.

In regard to leadership and guidance, it turns out that “learning all the positions in the companyâ€ ended up being the best lessons on what not to do. This has helped me tremendously in subsequent ventures. Additionally, we formed an advisory board of extremely successful individuals, including Natalie Cofield, James Andrews, and Andrew Fromm.

As for acquiring major clients, I give full credit to three women who worked diligently with Blazetrak – Cheryl Joyner, Ashley Butler (Banks), and Candice Cook. The three of them single-handedly brought us a rolodex that was beyond anyone’s imagination, which contributed to a large portion of the company’s revenue. Cheryl became Blazetrak’s executive vice president, Ashley became the director of sales, and Candice joined our advisory board. Due to their incredible accomplishments, I was moved to invite them to join our efforts at Para. Currently Cheryl serves as Para’s chairman, Ashley is Para’s senior vice president of A&R, and Candice sits on Para’s advisory board.

As a serial tech entrepreneur, what advice can you give to up and coming founders of black startups? My advice is do your research, overdeliver, and never quit. With that being said, I strongly suggest you aim to be the best. Period. Whether it’s an excuse or an injustice for the lack of color, I’ve chosen to aim to be the best. If you’re the best, there are no ifs, ands or buts. You’re the best. My last but not least piece of advice is to diversify your team. Having different cultures and races contributing to your mission undoubtedly makes your company stronger, more attractive, and extremely marketable.