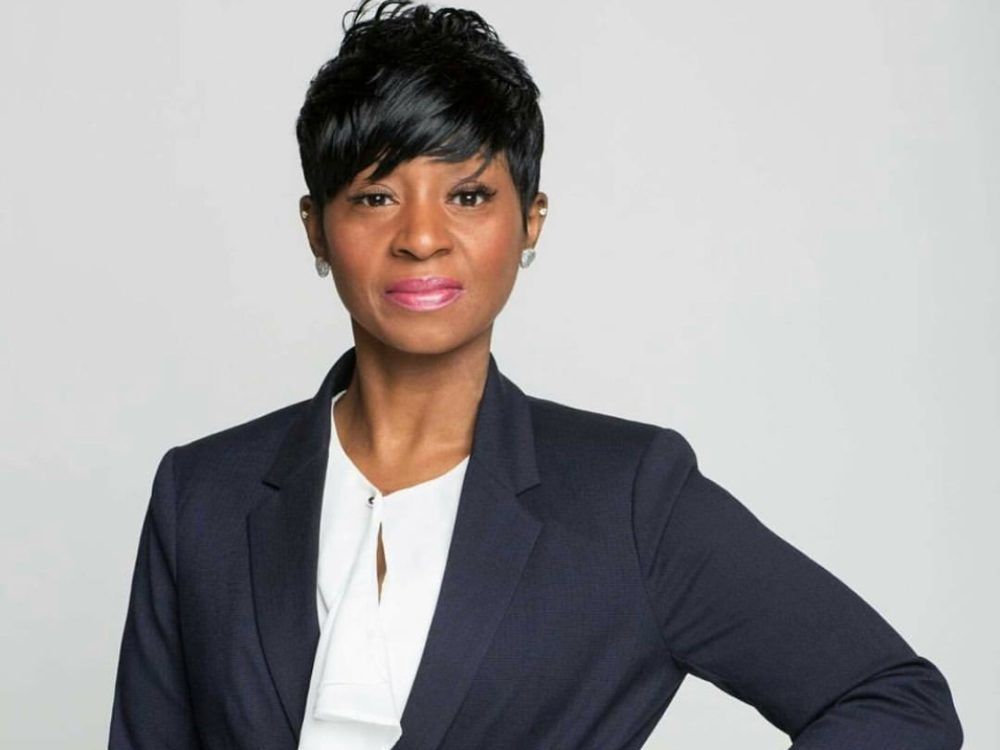 When Patricia Robinson walked into the Emmis Communications office in New York for an informational interview in 2000, she had no idea the media conglomerate owned some of the most iconic radio stations in the New York market. “When I got to the 7th floor, I was greeted with three logos on the window and the logos were Hot 97, Kiss FM, and CD 101.9,” she told BLACK ENTERPRISE. “Because I didn’t do my homework, I did not understand that Emmis Communications was the parent company of all of these amazing music brands.” Robinson also had no idea that particular interview would be the start of her 17-year ascension in broadcast media.

Before joining Emmis, Robinson worked full-time as a business accountant payable manager at a meat warehouse, but she desperately wanted change. “It just got really frustrating that I had to literally walk past slabs of meat, like the Rocky movie,” she said. “At that point, I just decided that I needed to change jobs.” That prompted her to send out her resume, which ended up in the hands of a sales manager at Emmis, who called her in for an informational interview. Despite not knowing anything about the company and lacking a college degree, Robinson made a great impression during the interview and eventually landed a business office position about six months later. “One of the things that I was able to master in that interview…was knowing what my strengths were. I knew that I was really good at math and able to produce results,” she said, adding that she had come prepared with reference letters and a portfolio highlighting her career achievements. “That was my magic secret.”

Although things were going well at her new job, her first performance review took her by surprise. “99% of that review was absolutely incredible because my work ethic was really solid,” she said. However, “when I got down to the very last line, it said, ‘Patricia is a great asset to this organization, the only limitation is that she does not have a degree.’”

Those words haunted her for weeks. “I took it personally. I could not stop focusing on this one line,” she said. “I toiled with it a little while” before taking action. “Being a full-time mom of two kids, a full-time worker, and being married, I decided to enroll [in college] at night to get an Associate’s Degree.” Two years later, she proudly showcased her degree to her manager, knowing that a lack of education would never be held against her again. She later furthered her education, earning a Bachelor’s in Business & Finance and a Masters of Management & Human Resources, both from the University of Phoenix.

Now, almost two decades later, Robinson currently works as the Director of Operations for Hot 97 (WQHT 97.1FM), 107.5 WBLS, and 1190 AM WLIB, where she plays a critical role in supporting operations management with a focus on employee relations, personnel administration, recruiting, building and facility management, and FCC reporting. She also plays a significant role in the annual Hot 97 Summer Jam, one of the largest hip hop concerts in the world. In past years, she recruited volunteers from non-profit organizations like City Year, the Veterans Aid Society, and the New York Urban League to assist with organizing the festivities. “She helps keep us rooted in the community and constantly stays on the forefront of our efforts to impact our listeners’ lives positively both on and off air,” Skip Dillard, the operations manager at WBLS and WLIB, told BE in an email. “She’s also a Linkedin wizard and attends job fairs and constantly talks to people she believes should be working for us in the future.”

Outside of work, Robinson is dedicated to giving back and helping her community. She is involved with and supports several programs in the tristate area, including the New York Police Department’s “My School Has Rhythm Not Violence” and the NYC Department of Youth & Community Development. She also serves as the Executive Director for Colin Kaepernick’s “Know Your Rights Camp,” an organization that raises awareness on higher education, self-empowerment, and instruction to properly interact with law enforcement in various scenarios. “Having [youth] understand how to interact with police and law enforcement is absolutely critical,” she said. In her role, she works directly with Kaepernick and a team to coordinate camps to empower inner-city youth through social activism, education, financial literacy, law advocacy, health and wellness, and community leadership. According to her, empowering others is something she sees as a personal “responsibility” to keep them informed about “issues that will affect their existence, whether it’s discrimination, equity, [or] fair and equal treatment.”

Robinson, who has established herself as an influential leader in the broadcast media industry and is recognized for her community work and social activism engagement, credits her success, in part, to colleagues like Bob Slade, the longtime host of WBLS’ Open Line public affairs show who died last month from kidney disease at the age of 70. “I had the pleasure to work with Bob for my entire tenure,” she said. “Not only was he a respected journalist and on-air personality, he was a dear friend to me.” He also helped her learn, grow, and push herself into becoming “a viable force in the media industry as a black woman.”

Through it all, Robinson says the most rewarding part of her career has been “the ability to impact others through my work.” She also prides herself on “the ability to be the example of excellence in the eyes of a lot of young women and young men” along with “the ability to connect people to opportunities and open doors where I can.”