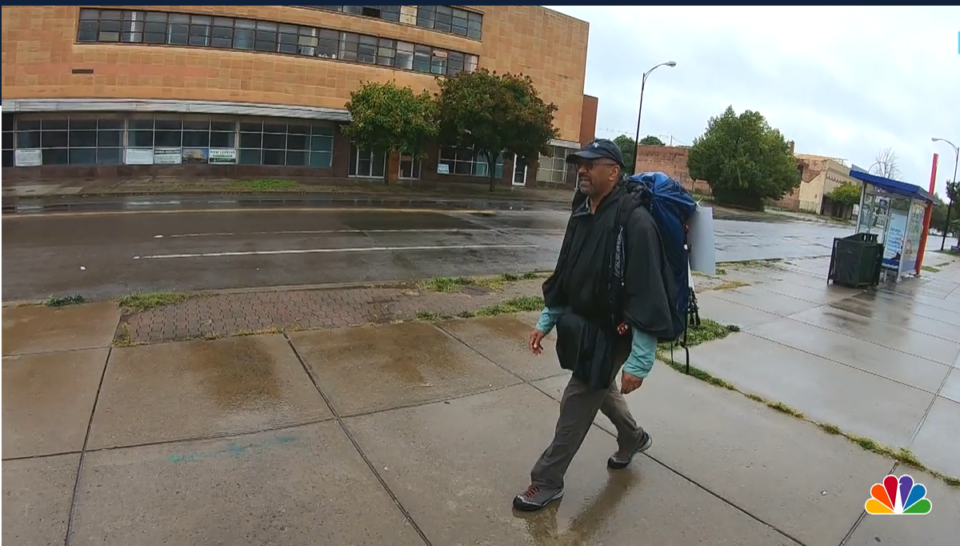 The year 2022 marks Harriet Tubman‘s 200th birthday. In celebration, a proud walking artist set out on a 400-mile journey to connect with the trailblazing abolitionist and her descendants.

In December 2019, the 61-year-old embarked on an unexpectedly soul-baring Walk to Freedom with a mission. He took a pause during the wake of the pandemic in 2020 and resumed this July at the Harriet Tubman Memorial in Harlem, New York. His walks ended at the Salem Baptist Church in St. Catharines, Ontario, where Tubman once attended.

“It was supposed to be kind of a low-key walk but then her [Harriet Tubman] story just kind of overwhelmed me and after completing the first 140 miles to Philadelphia, I wanted to keep going and that’s what she said, if you want a taste of freedom just keep going,” Johnston told WGRZ after reaching Buffalo earlier this month.

When he arrived in a new city, Johnston was determined to walk in the shoes of those who once traveled the routes of the Underground Railroad. Although the walk wasn’t easy, Johnston hoped to continue telling their stories along the way through his personal sensory experiences. His written documentary can be found on his website, Our Walk To Freedom.

“I was amazed,” Johnston recalled of his journey, per NBC. “It was an incredible journey walking across New York state, particularly from Albany to Buffalo…visiting many of the known Underground Railroad communities.”

During his trek, Johnston visited historic places such as the Niagara Falls Underground Railroad Heritage Center. It was there he learned how helpful the free Black community were to those seeking shelter and freedom in Canada. He also took time at the Cataract House, a hotel where many enslaved people were hired as waiters.

“It helped me connect to Harriet Tubman even more in her life by meeting her descendants,” Johnston told NBC News.

As BLACK ENTERPRISE previously reported, in 1990, President George H.W. Bush proclaimed Harriet Tubman Day to be March 10, following a resolution by Congress. However, that resolution never came to fruition.