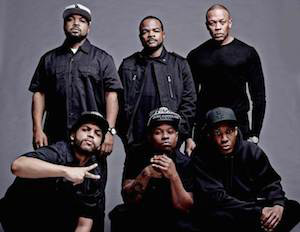 Director F. Gary Gray has been tirelessly working on bringing the story of notorious rap group N.W.A. to the big screen.

Universal Pictures is describing the movie as a “meteoric rise and fall” look at N.W.A. The film will tell the astonishing story of how these West Coast rap youngsters changed the sound and temperature of hip-hop and pop culture from the moment they opened their mouths and rapped about life straight out of Compton, California.

Eazy-E’s widow, Tomica Woods-Wright is producing alongside Ice Cube and Dr. Dre. According to Cube, filming will begin in July after spending the past six months casting. “We’re telling the story from the inception of N.W.A. to the death of Eazy-E and that’s the story,” he says.

Share your thoughts on the casting decision of the cinematic N.W.A. in the comments section below.