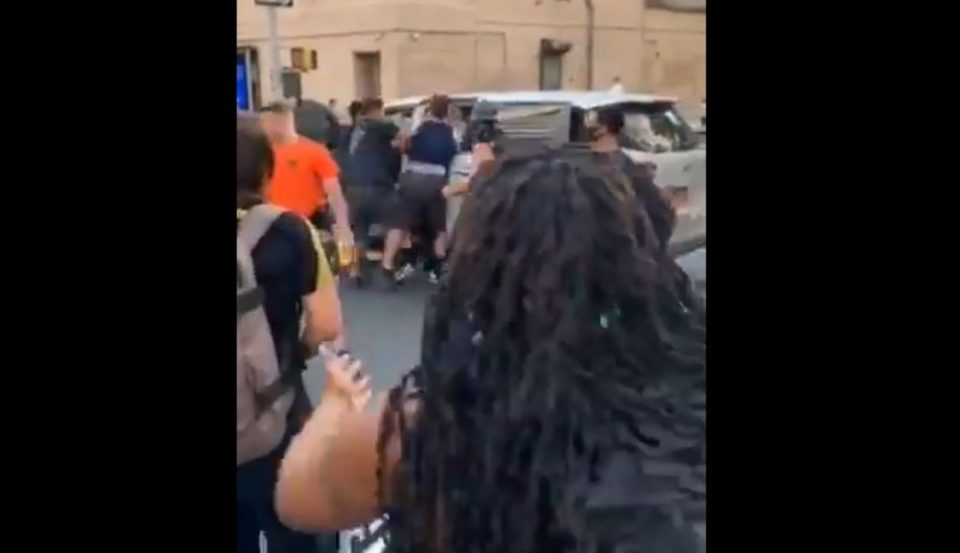 According to The Gothamist,  plainclothes New York Police Department (NYPD) police officers swooped down on a young woman during a protest and swiftly placed her into an unmarked vehicle.

The arrest took place Tuesday evening as a group of peaceful protesters walked down Second Avenue at East 25th Street in Manhattan. The video, which has been viewed more than 11 million times on Twitter, shows 18-year-old Nikki Stone grabbed by police officers and forcibly placed into a waiting, unmarked van.

NYC is taking after Portland – a trans femme protestor was pulled into an unmarked van at the Abolition Park protest – this was at 2nd Ave and 25th Street pic.twitter.com/1PDhSYuK9h

As this video and countless others went viral, the New York Police Department responded that the woman taken was “wanted for damaging police cameras during 5 separate criminal incidents in & around City Hall Park.”

In regard to a video on social media that took place at 2 Ave & 25 St, a woman taken into custody in an unmarked van was wanted for damaging police cameras during 5 separate criminal incidents in & around City Hall Park. The arresting officers were assaulted with rocks & bottles. pic.twitter.com/2jGD3DT3eV

Several politicians chimed in on the action NYPD took in broad daylight.

Concerned about what we are seeing in this video. Reaching to try and get some answers https://t.co/uhtQGMKIwE

Our civil liberties are on brink.

This is not a drill. There is no excuse for snatching women off the street and throwing them into unmarked vans.

To not protect our rights is to give them away. It is our responsibility to resist authoritarianism. https://t.co/pw20WF05KK

I’m deeply concerned by the videos circulating of a protester being thrown into an unmarked van.

Stone, after being detained, was released from custody shortly after midnight on Wednesday and was charged with multiple counts of vandalism and criminal mischief for five incidents that took place in June and July. Police alleged that Stone spray-painted graffiti at various locations in Manhattan and accuse her of painting over four NYPD surveillance cameras at the intersection of Chambers and Centre Streets by the former site of the Occupy City Hall encampment.