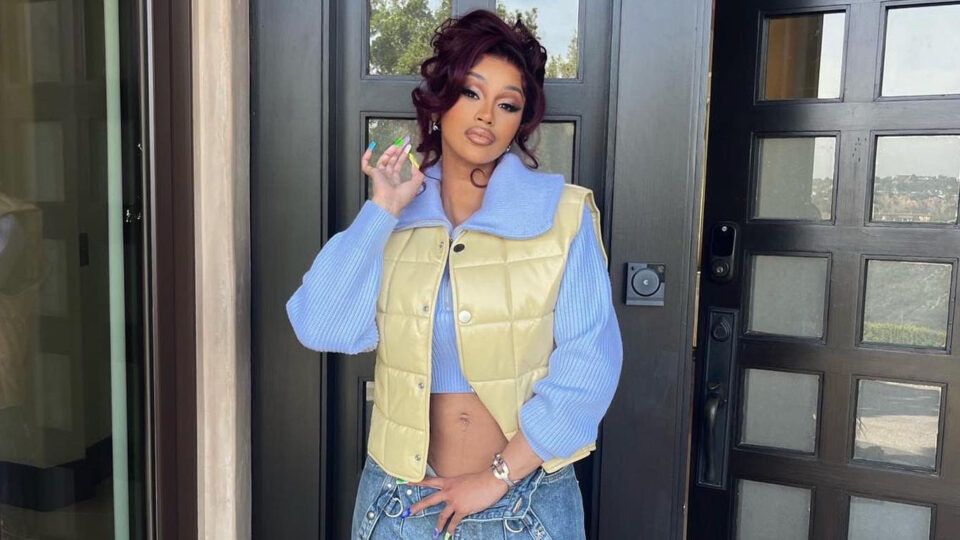 Playboy has see a drastic jump in revenue since naming Cardi B as the brand’s first-ever creative director in residence.

On Monday, PLBY Group released information on its first-quarter revenue for 2022 (ending March 31), which  revealed a 63% jump in year-over-year revenue since bringing Cardi onboard. The Grammy-winning rapper is credited with aiding in Playboy’s growth in revenue to $69.4 million, All Hip Hop reported.

The company also saw direct-to-consumer growth of 125% year-over-year to $49.6 million.

“With Playboy’s massive global reach and Centerfold as a valuable engine for organic customer acquisition, we believe we can drive significant growth across PLBY Group’s product offerings.”

It’s a natural fit for Cardi, who doesn’t shy away from embracing her past work as an exotic dancer. Over the weekend, she sent out a link promoting a new Playboy collection.

The Invasion of Privacy rapper included a kiss face emoji over a video of her donning a cut-out Playboy one piece.

In December, Playboy announced Cardi B as the brand’s first-ever creative director in residence, People reported. The Bronx native expressed her excitement for the new business venture.

“It is a dream come true to officially join the Playboy family. I can’t believe this is real.” Cardi said.

“For as long as I can remember, I’ve felt connected to Playboy. It’s truly the original platform for uncensored creativity and I’m inspired by its incredible legacy of fighting for personal freedoms. I have so many ideas already–I can’t wait!”

Cardi’s role with the company allows her to provide artistic direction for Playboy-branded fashion and sexual wellness merchandise collections. She also aids in the digital editorial, and experiential activations, the company shared.