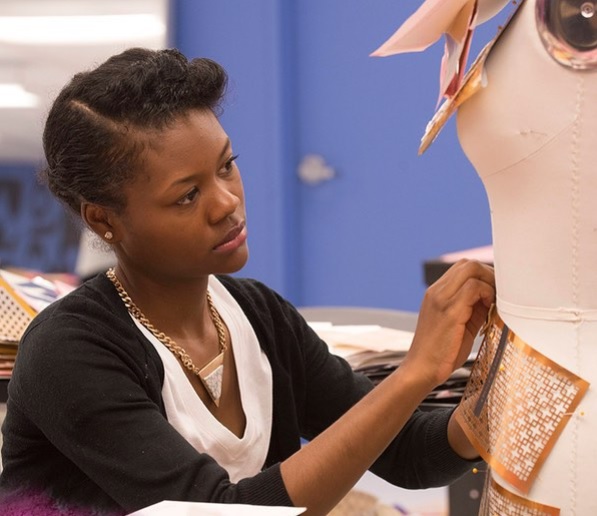 When Laurie Underwood launched her Wanda Grace clothing line, she wanted to dress the woman who was bold, yet classic. She was looking to offer a chic and daring line of beautifully constructed dresses, skirts, and pants; a sophisticated but fun style for the timeless woman. She has successfully curated several collections that encompass all of the aforementioned and more. Laurie is now prepared to share all of her hard work with the world. After seven years of carefully designing her own line, Laurie strives to take her brand to the next level. She hopes to expand her clientele and reach, as a contestant on Project Runway season 14.

Black Enterprise  caught up with Laurie to talk about her journey to Project Runway, what’s next with her clothing line, and what it takes to make it in the fashion world.

How did you get on Project Runway, and what was that like?

Underwood: I never thought in a million years that I would be on Project Runway! In the beginning of the year, I actually made the goal to be in New York for my 30th birthday. I didn’t know how I was going to get there and I didn’t know what it was going to take, but I knew I wanted to be in New York. I had never been there before, and as a designer it was important for me to go there. So I was still working my full-time job and being a designer on the side. One day I had that ‘aha’ moment that I wanted more and I really wanted to do what I love.

So, when I got an email from [the]  Project Runway casting team—they had been emailing me for five years and I would just put it in the trash — it was the day after I had my moment at work. Something told me when I got the email this time to apply, so I applied. It was due on a Monday aÂ 12 a.m [and] my submission went in at 11:59 p.m. on Sunday night. I got the call [that] they wanted me to do an audition and I was like, ‘OMG, what did I just do?’ because I never thought I would be on Project Runway.

The audition and application process was so long, it was a lot of waiting; a lot of interviews with different people, tons of email correspondence, and tons of doctor’s appointments. I didn’t realize until later that I had manifested this opportunity earlier in the year, when I said [I] wanted to be in NY for my 30th birthday. I feel like God had a plan and he made that happen and said, ‘Well, you’re going to be in New York on your 30th birthday, but I have a twist for you: you’re going to be on Project Runway.’ Honestly,  I didn’t make any plans to go to New York and I just had it in my mind that I was going to be there, and that’s how I kind of live my life. I try to manifest things and I try to visualize it so it can come to light in my life. So that’s how I got on Project Runway, and I think it’s the best decision that I made.

What’s next for Wanda Grace?

Project Runway has allowed me to get out of my comfort zone. Being on that runway in front of judges made me more prone to criticism. I feel like I’ve grown as a designer. I am always evolving. My line is evolving and taking risks. I’m very happy and excited to see what’s next for me. 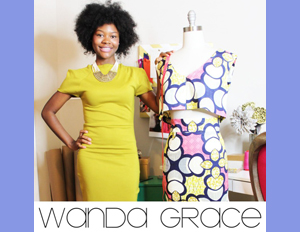 What advice would you give to up-and-coming designers looking to get into fashion?

I just hope [that] when people see that I had a dream as a little girl, and now I have a vision as a woman, that I’m making that dream and vision a reality. Any setbacks I had in the past, and setbacks on Project Runway, I just want people to know I will continue to push forward and focus on achieving my dreams. I want people to see that if you have a dream you can go after it. You can keep going with whatever it is that you’re doing. I’m just a little girl from Detroit with a dream and living it.

To all of those young designers out there whose voices haven’t been heard, yet who want their voice to be heard but [are] unsure where to start, just know it has to start with you. I feel like I did it for myself. Granted, I did find mentors, but to see I could develop a brand on my own. It was $50 and me that got me to where I am today. I know that same initial concept will get me even further, and get you there too.

For those looking to break into reality TV I would say, be yourself! If you go on reality TV don’t put on a fake persona because people will see you for who you are. If you’re who you truly are, people will love you for that.